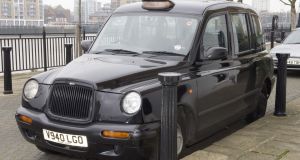 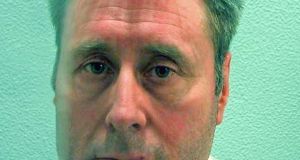 Alleged victims of the English serial sex offender John Worboys are ready to bring fresh prosecutions against him and in an effort to send him back to jail, their lawyer says.

Women targeted by Worboys are devastated by the imminent release of the London black-cab driver, who “denied his heinous crimes” and then forced victims to “endure the torment of a criminal trial”, said Richard Scorer of the Slater and Gordon law firm.

Mr Scorer represents eight of Worboys’ alleged victims who were not included in the original criminal prosecution.

Worboys (60) has spent nine years and nine months in prison, including time on remand. He was given an indeterminate sentence, which had a minimum term of eight years, for drugging and sexually assaulting 12 women, including raping one of them. He is likely to be freed within weeks.

Last night Britain’s Crown Prosecution Service revealed that while it had prosecuted Worboys for attacks on 14 women, it had dropped cases involving three other women, even though it assessed they “passed the evidential test”, because there were sufficient counts “to enable the judge to impose an appropriate sentence”.

After he was jailed in 2009, police also told prosecutors about another 19 alleged victims, but the CPS advised that it would be in the public interest only to prosecute allegations of rape.

One victim, who gave evidence against Worboys in his 2009 trial, lambasted the parole board’s decision to approve his release. Speaking on condition of anonymity, she demanded a full explanation as to why he was now considered to be no danger to women.

The call was backed by the mayor of London, Sadiq Khan, and the chair of the home affairs select committee, Yvette Cooper.

“For the parole board to find Worboys safe to release after such a short time is shocking, not least because they won’t tell us why,” she said. “We need transparency as a matter of urgency. What do the parole board know that we don’t that means he’s no longer considered a serious danger to women?”

A total of 105 complaints against Worboys reached the CPS, but it is understood he was formally protesting his innocence as recently as two years ago. In March 2013 he applied to have his convictions reviewed by the criminal cases review commission, but withdrew the claim in May 2015.

Scotland Yard said in statement: “No new information has been received at this time; there is currently no live Met investigation. Should any further information come to light it will be fully investigated.”

The Department for Justice declined to comment on whether it would change the law to allow details of parole decisions to be released, and the political fallout of the case looked likely to spread to Theresa May. The prime minister has backed the police against two of Worboys’ victims in a continuing supreme court battle over police blunders in their investigations, which is due for a ruling within weeks.

As home secretary, Ms May intervened to support Scotland Yard’s case that it should not be held liable under the Human Rights Act for its failings.

Two of Worboys’ victims had already won an appeal court ruling that police failed to carry out an effective investigation. Even though he drove one of those victims to a police station, having been persuaded to do so by another man, officers dismissed her as a drunk and failed to take Worboys’ name or car registration. The other victim, who had been drugged and raped, went to police but they did not even log it as a serious sexual assault.

The human rights organisation Liberty said Ms May “has serious questions to answer” about her backing of the police.

The parole board is meanwhile facing anger over the decision to release Worboys, and for the failure to inform all his victims before the announcement was made. Nick Hardwick, who chairs the board, apologised unreservedly because two victims had not been informed of the decision, but pointed out that it was the role of the probation service’s victim contact team to pass on the information.

Mr Scorer is representing women who successfully sued Worboys in the civil courts, but were not included on the indictment in his 2009 trial, even though they gave statements to the police.

He said the question of whether Worboys had admitted his crimes was crucial. “If he still denies his crimes, then he clearly poses a continuing risk to women,” he said. “If he now admits that he deliberately and systematically drugged and raped women, then the police need to look at whether there are any crimes that he was not convicted of and seek justice for those victims.” - Guardian