‘Murder She Wrote’ star says women ‘must sometimes take blame. I really do think that’ 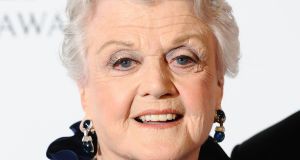 Dame Angela Lansbury who has said women should not have to be prepared for the risk of sexual harassment when they make themselves “look attractive”. Photograph: PA

Murder She Wrote star Angela Lansbury has claimed that women’s efforts “since time immemorial” to make themselves look attractive have “backfired” and left them at risk of sexual harassment.

The 92-year-old spoke in the wake of a string of claims made about inappropriate behaviour within the Hollywood industry, following a number of serious allegations levelled against producer Harvey Weinstein.

Speaking to The Radio Times, the Academy Award nominee said: “There are two sides to this coin... We have to own up to the fact that women, since time immemorial, have gone out of their way to make themselves attractive. And unfortunately it has backfired on us – and this is where we are today.

“We must sometimes take blame, women. I really do think that. Although it’s awful to say we can’t make ourselves look as attractive as possible without being knocked down and raped.

“Should women be prepared for this? No, they shouldn’t have to be! There’s no excuse for that,” said the star, who has been a frequent visitor for decades to her east Cork holiday home.

While she said women “must sometimes take blame”, she also said there was no excuse for sexual misconduct.

Sexually inappropriate behaviour in the workplace “will have to stop now”, she said, adding: “I think it will stop now – it will have to. I think a lot of men must be very worried at this point.”

With an acting career of more than 70 years under her belt, Dame Angela’s own private life has been a subject of scrutiny in the past, including her short marriage to Richard Cromwell in 1945.

“I had no idea that I was marrying a gay man,” she said.

“I found him such an attractive individual. He wanted to marry, he was fascinated with me, but only because of what he had seen on the screen, really.

“It didn’t injure or damage me in any way, because he maintained a friendship with me and my future husband [Peter Shaw].

“But it was a shock to me when it ended – I wasn’t prepared for that. It was just a terrible error I made as a very young woman. But I don’t regret it.”

Originally of British-Irish descent, Dame Angela is now based in Los Angeles. She has strong opinions on both Britain’s decision to leave the EU and the election of Donald Trump as US president.

On Mr Trump’s presidency, she continued: “I am feeling the instability tremendously. I think the whole world is in absolute uproar, I really feel that. Nothing is as it was.

“I wish I could say that I was optimistic, but I’m not particularly, quite frankly.” – PA