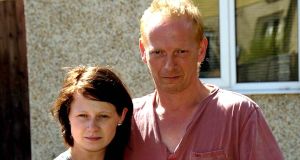 The social media website Ask.fm was facing a haemorrhage of big corporate advertisers yesterday as the British prime minister, David Cameron, called for a boycott of “irresponsible websites” following the death of a 14-year-old British girl who killed herself after being bullied online.

Some of the biggest household names in the country, including the Sun newspaper, BT, Vodafone, and EDF Energy, removed themselves from future advertising as the founders of Ask.fm battled to reassure users that it took cyberbullying seriously.

It is also understood that Google, which acts as a third-party advertiser for many of the companies, has raised concerns over some of the content of Ask.fm’s website.

David Smith, 45, the father of Hannah, the teenager who took her own life, said this week that his daughter had killed herself after being bullied on the site.

In interviews yesterday Mr Cameron called for moral persuasion: “The people that operate these websites have got to step up to the plate and show some responsibility in the way they run these websites.

“Just because someone does something online, it doesn’t mean they’re above the law. If you incite someone to do harm, if you incite violence, that is breaking the law, online or offline. Also there’s something all of us can do as parents and as users of the internet, and that is not to use some of these vile sites. Boycott them, don’t go there, don’t join them - we need to do that as well.”

He added: “I think there has been a tendency by politicians and parents and by all of us, a bit, to say, well, look it’s the internet, there’s nothing you can do.”

A spokesman for Google did not comment about Ask.fm but said: “We do not allow ads on websites that promote hatred, racial intolerance, or violence. If we discover our service is being used to serve ads on inappropriate web pages then we will take the appropriate action.”

Firms pay third parties, such as Google, a fee to place their adverts on user-specified websites, such as Ask.fm. Businesses are told where their adverts have appeared and they have the power to block individual websites from featuring their products.

Vodafone UK said: “Of the two agencies that we use to place advertising online, one has not placed any of our adverts on the site since last year and the other has recently stopped using it. We expect our advertising partners to share our values and are investigating whether our advertising has appeared on ask.fm recently.”

The Sun said its agency had booked a broad range of media recently, including ask.fm. “On discovering that, we immediately instructed them to pull the adverts and blacklist the outlet.”

BT said: “BT and its media agency take the placement of our advertising very seriously. We adhere to strict terms of engagement and actively seek to blacklist inappropriate sites. We can confirm that we have pulled our advertising from ask.fm as of today. Advertising on inappropriate internet content is an industry-wide problem and we work closely with advertising industry bodies such as the IAB and ISBA to help resolve this issue.”

The founders of Ask.fm, Mark and Ilja Terebin, wrote an open letter claiming that they took bullying extremely seriously.

In the two-page letter, they wrote: “We would like to reassure all users and parents of users that we are committed to ensuring that our site is a safe environment. We do not condone bullying of any kind, or any form of unacceptable use of our site. The vast majority of our users are using the site appropriately and are just having fun.”

They added that the site would continue to hire more moderators and customer service staff to deal with complaints.

The site Ask.fm lets users ask anonymous questions of anyone on the network. However, the site has been plagued by bullying. Hannah killed herself after anonymous users sent messages to her encouraging her to self-harm, her parents said.