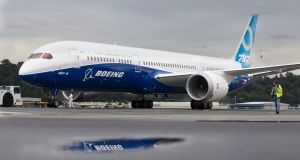 Budget airline Norwegian Air Shuttle is returning one of its brand new Dreamliners to Boeing, demanding repairs after the jet has suffered repeated breakdowns, it said today.

Dreamliner until it is more reliable, a spokesman said. “The aircraft’s reliability is simply not acceptable, our passengers cannot live with this kind of performance,” spokesman Lasse Sandaker-Nielsen said. “We are returning the aircraft to Boeing to improve its reliability.” A Boeing spokeswoman could not immediately be reached for comment.

The Dreamliner was expected to be a game-changer for the aviation industry, but there have been delays getting it into service and setbacks including the grounding of all the planes due to battery problems.

Norwegian launched long-haul operations this year and hoped to capitalise on Dreamliner’s lower operating cost as the jet’s lighter-weight engines promised a 20 per cent savings on fuel.

But its first two Dreamliners, part of a planned fleet of eight, broke down over half a dozen times in September, forcing it to lease back-up planes on short notice or cancel flights.

Norwegian summoned Boeing’s management this week and the aircraft manufacturer promised to locate spare parts centres at all of the airline’s long-haul destinations and send a team of engineers to the Nordics to monitor the planes.

The aircraft that will be returned is still stuck in Bangkok after a hydraulic pump failure this week and will be flown back to Stockholm where Boeing will carry out the work.