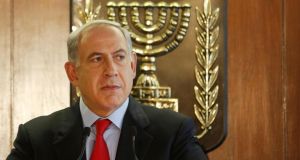 Israel is refusing to co-operate with European Union humanitarian projects aimed at helping Palestinians in the West Bank and has imposed travel restrictions on EU diplomats based in the West Bank who wish to travel to Israel or Gaza.

The move, announced by Israeli defence minister Moshe Ya’alon, is in response to last week’s decision by Brussels to stop all funding or co-operation with Israeli settlements in occupied territories.

A number of EU projects, co-ordinated with Israel, aimed at improving the conditions for Palestinians who live in areas of the West Bank controlled by Israel will be affected.

Travel permits will no longer be issued to EU diplomats and officials working in the West Bank, nor for Palestinians employed by the EU, who wish to travel to Israel or cross into Gaza via Israel.

Deputy foreign minister Zeev Elkin said any co-operation with the EU was impossible, as long as the new EU directives remained. “The moment that the EU tries to dictate the outcome of the negotiations with the Palestinians, it has to know that Israel will not be able to consider it an honest broker; and if it is not an honest broker, there is no reason for it to be involved in Judea and Samaria [West Bank] or to be given an attentive ear.”

The new funding guidelines, which could cost Israel billions of euro, take effect in 2014.

According to the report, which cited unnamed Israeli officials, Mr Netanyahu denied an American request for another construction moratorium, but agreed to set limits to encourage the Palestinians back to the negotiating table. Ahead of talks in Washington on Tuesday, the Israeli government is expected tomorrow to endorse holding a referendum on any peace deal and to give the green light for the release of 82 veteran Palestinian prisoners.