The Irish Times view: Charlie Hebdo attack is a brutal assault on our freedom of expression

A drawing by Irish Times Cartoonist Martyn Turner in response to the attack on Charlie Hebdo.

The Irish Times is participating in an initiative organised by Index on Censorship and other press freedom campaigners to express revulsion at the attack on Charlie Hebdo magazine in Paris.

Index, an international organisation that promotes and defends the right to freedom of expression, asked that publications around the world express their solidarity with their colleagues in Charlie Hebdo at 2pm.

We took part by leading irishtimes.com with our editorial comment on the attack and Martyn Turner’s cartoon condemning the massacre. 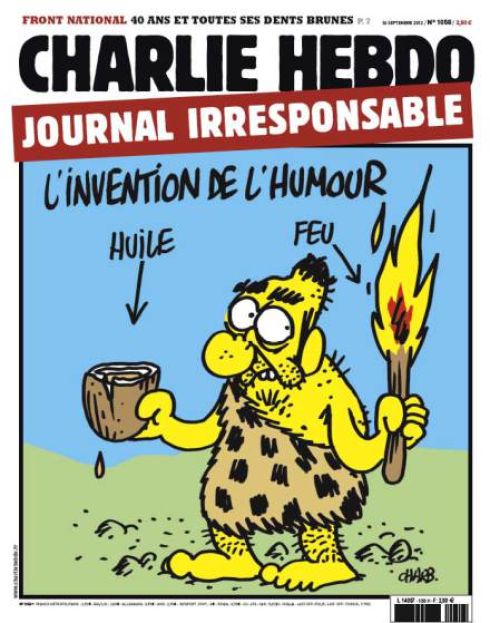 The massacre at the offices of the satirical magazine Charlie Hebdo in Paris was not only a barbarous act of terrorism but an assault on freedom of expression, one of the fundamental human rights. The murderers’ identities remain unknown but their motives are evident – to stifle through intimidation the expression of views they dislike and to provoke a disproportionate, polarising security response. They must not be allowed to succeed on either count.

A small-circulation magazine that often attracted more public condemnation than praise, Charlie Hebdo is part of a tradition of robust French satire that stretches back to before the revolution, when scandal sheets mocked the sex lives of the royal family.

Best known for its cartoons, Charlie Hebdo has caused offence to people of various political and religious beliefs but became notorious in recent years for lampooning Islam in ways that outraged many Muslims and drew accusations of racism. The magazine’s offices were firebombed in 2011 after it published an entire edition mocking Islam and it faced more threats the following year when it carried a series of cartoons lampooning the prophet Muhammad; some of them depicting him naked.

Some of the criticism of Charlie Hebdo’s provocative satire was legitimate and its cartoons caused real offence to many people, some of them members of minorities already under pressure in France. It is one thing to argue about whether particular expressions of satire are appropriate or tasteful but quite another to claim a right not to be offended.

The massacre at the magazine’s offices was something of a quite different order and an outrage that cannot be tolerated in a democratic society – the attempt to silence a discordant voice through violence.

Regardless of the offence their work may have caused, the journalists and cartoonists at Charlie Hebdo had the right to publish it and they share no responsibility for the attack that killed them. Their murders must not be allowed to intimidate satirists elsewhere from tackling sensitive issues and their right to offend must be defended with courage and vigour.

The 12 dead and 10 injured were the primary victims of the attack but they were not the only ones. This was also an assault on Islam and on its adherents, the overwhelming majority of whom – in France and elsewhere – reject the bloodsoaked extremism of the gunmen. French Muslims are already the targets of hatred from Marine Le Pen’s far-right National Front, which is soaring in the polls.

This attack will make the situation of France’s Muslim community even more uncomfortable. Young men of Arab origin could bear the brunt of any heavy-handed security crackdown. The French authorities should exercise proper restraint as they carry out the important duty of bringing the perpetrators of this barbarous act of terror to justice.

Coronavirus: One further death and 408 new cases confirmed in the State

1 New Scottish independence referendum is ‘will of the country’, says Sturgeon