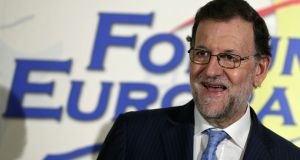 As the possibility looms of a third Spanish general election in a year due to an unprecedented political stalemate, there is a feeling that a solution might yet emerge – from the country’s northern regions.

Regional elections held in Galicia and the Basque country on September 25th will be watched closely from the Spanish capital given that their results could be key to ending a nine-month impasse during which neither the left nor right has been able to form a new central government.

The conservative Popular Party (PP) of acting prime minister Mariano Rajoy hopes to maintain its majority in the Galician parliament, where a strong result would embolden his claim as the most likely candidate to form a new national administration.

The northwestern region is a longstanding PP stronghold and a poll published last week by the National Research Centre (CIS) showed the party to be on course for a majority, ahead of the En Marea leftist coalition and the Socialists.

“A majority [for the PP] hundreds of kilometres from Madrid could decide everything,” noted political strategist Iván Redondo.

Mr Rajoy won the December 2015 general election and its re-run in June, ahead of the Socialists, the leftist Unidos Podemos and the liberal Ciudadanos, but he fell well short of a parliamentary majority each time.

His hopes of forming a new government have been hindered by corruption scandals corralling his party. Most recently, a political furore was sparked by his acting government’s decision to propose a disgraced former minister, José Manuel Soria, for a lucrative World Bank job. Eventually Mr Soria, who resigned as a minister in April over his involvement in the Panama Papers, was withdrawn as a candidate.

Mr Rajoy has already failed in one bid to form a government, falling short of the congressional votes needed earlier this month. However, he is believed to be planning a second attempt after the regional elections and before the late-October deadline which would trigger yet another general election.

The Basque election could also be significant. A result that left the Basque Nationalist Party (PNV) needing the PP’s support in order to continue governing in the region would be ideal for Mr Rajoy. In exchange, he might then request the nationalists’ five votes in the Spanish Congress to help clinch a majority and another term as prime minister, having fallen short by just six votes last time.

Meanwhile, the position of Socialist Party leader Pedro Sánchez could hinge on these results. After leading the party into its two worst general election defeats, he faces mounting opposition within his own ranks and having refused to abstain to allow Rajoy to form a new government earlier this month without proposing a concrete alternative, the PP has cast Sánchez as the cause of the current limbo. Mr Sánchez could face a rebellion if the Socialists get a poor result in Galicia and the Basque Country.

Further east, developments in the Catalan region provide a more urgent incentive for the politicians squabbling in Madrid to put aside their differences.

On Sunday, a mass demonstration took place to mark Catalonia’s national day, La Diada, and demand independence from Spain. With the region’s secession already technically underway and separatists hoping to complete the groundwork for the creation of a new republic by mid-2017, the celebrations were a stark reminder of the power vacuum in Madrid.

Writing in La Vanguardia newspaper, columnist Lola García noted that while Mr Sánchez could survive poor election results in Galicia and the Basque Country, “he’ll find it more difficult to keep Spain without a government and facing a third election as long as the temperature is rising in Catalonia and with Rajoy invoking the duty to prevent Spain from breaking up”.