Paris attacks: France on high alert until well into 2016

The mother and brother of a woman suicide bomber who blew herself up during a police raid in Paris have been taken away by police for questioning, according to eyewitnesses. 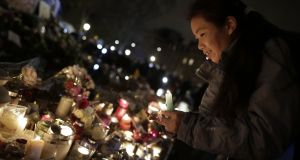 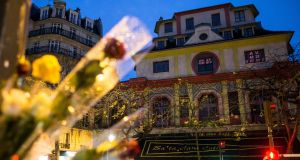 France will be on a state of high alert until well into the new year after the country’s senate voted to extend a state of emergency for three months following last week’s deadly attacks.

The move expands powers to allow police to carry out arrests and searches, while authorities can ban the movement of people and vehicles at specific times and places.

It comes hours after the death toll from the terrorist atrocities rose to 130, one week since Islamic State (Isis) militants attacked a concert hall, the French national stadium and several cafes and restaurants in Paris, leaving hundreds injured.

Amid a widespread tightening of security, European Union interior ministers have agreed to draw up plans for the “systematic control” of all people entering the bloc after it was disclosed that Abdelhamid Abaaoud, the suspected mastermind of the attacks, was able to slip into the country undetected.

French interior minister Bernard Cazeneuve said the measure - which would affect everyone crossing the external borders of the travel-free Schengen zone - represented a “crucial” change.

Meanwhile, a third body was discovered in the wreckage of the flat where Abaaoud died in a shoot-out with police on Wednesday.

The prosecutors’ office said the body is that of a woman, but her identity is unclear.

Conflicting reports have emerged about Abaaoud’s cousin Hasna Aitboulahcen, who was thought to have blown herself up with a suicide belt during the gunfight.

It is now thought the suicide bomber in the siege was a man, and that Aitboulahcen did not blow herself up.

Members of the terrorist cell which carried out the attacks last week took advantage of the refugee crisis to “slip in” to France, according to the country’s prime minister.

Manuel Valls said the EU’s passport-free zone — under the Schengen agreement — would be “undermined” if Europe did not tighten security at its external borders.

He warned authorities were unsure if there were any other groups or individual jihadists “still active”, adding the terror threat would be “long and permanent”.

Mr Valls told France 2: “These individuals took advantage of the refugee crisis ... of the chaos, perhaps, for some of them to slip in.

“The external borders of the European Union must be strengthened. If Europe does not assume its responsibilities, the whole Schengen system will be undermined.”

Mr Valls spoke on French television after authorities confirmed the ringleader of last Friday’s massacre, Abdelhamid Abaaoud, was among those killed as police besieged an apartment block in a Paris suburb.

Abaaoud (27) had previously boasted of moving unrestricted between Syria and Belgium despite being flagged by intelligence agencies, while one of the suicide bombers who attacked the Stade de France was found to have used a Syrian passport in the name of Ahmad Al Mohammad to pass through Greece.

It was initially thought Belgian Abaaoud was in the Middle East before French police were tipped off by foreign intelligence that led them to the apartment in Saint-Denis on Wednesday.

The Islamic State militant was killed alongside his cousin Hasna Aitboulahcen, who blew herself up with a suicide vest.

Mr Valls admitted authorities “do not know” how Abaaoud entered France before the attacks on the nation’s capital, which left 129 people dead.

Mr Cazeneuve earlier revealed the jihadist had returned from Syria in 2014 and had been involved in four of six foiled attacks in France since spring 2015.

Meanwhile, Salah Abdeslam, a key suspect in the Paris attacks who is on the run, was reportedly spotted in the area of Molenbeek in Brussels.

The lecapital.be news site reported that Abdeslam reportedly spoke to a friend on Tuesday night, indicating he regretted his acts of violence in Paris.

“He told me he had gone too far. He was overwhelmed by what was happening. This could have consequences for his family,” the friend said.

Abdeslam reportedly added that he was worried about reprisals from Islamic State.

It is believed the extremists were set to carry out a second attack reportedly targeting Charles de Gaulle airport and the city’s financial district La Defense before the pre-dawn raid on Wednesday.

Paris prosecutor Francois Molins said the operation neutralised a “new terrorist threat”, and that “everything led us to believe that, considering their armaments, the structured organisation and their determination, they were ready to act”.

The Kremlin believes that the forthcoming visit of French president Francois Hollande to Washington and Moscow as a step towards creation of anti-terrorist coalition, Russian Presidential aide, Yuri Ushakov, told reporters on Friday.

“Before Moscow, French president will visit Washington, and we consider it as a creation of the widest anti-terrorist coalition,“ he said, adding that Mr Putin and Hollande would meet again during a conference in Paris on November 30th.

The National Assembly in Paris voted almost unanimously to extend the state of emergency by three months, prolonging until February the period in which the authorities can ban demonstrations, impose curfews and conduct searches without warrants.

The assembly also approved a law that means anyone suspected of posing a threat to national security can be placed under house arrest for 12 hours a day.

“This is the fast response of a democracy faced with barbarism. This is the effective legal response in the face of an ideology of chaos,” Mr Valls told the assembly.

Additional reporting from PA and Reuters