L’Oreal to drop words such as ‘whitening’ from skin products 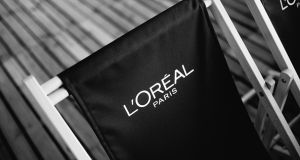 L’Oreal, the world’s biggest cosmetics company, will remove words referencing “white”, “fair” and “light” from its skin-evening products, a spokeswoman said on Friday, a day after Unilever made a similar announcement in the face of growing social media criticism.

Unilever and L’Oreal are two big players in the global market for skin whitening creams used in many Asian, African and Caribbean countries where fair skin is often considered desirable.

Unilever, in particular, came under fire for its “Fair & Lovely” brand at a time of worldwide focus on racial injustice following weeks of protests sparked by the May death of George Floyd, a Black man, in police custody in the United States.

Johnson & Johnson went a step further, saying it would stop selling skin whitening creams sold in Asia and the Middle East under its Neutrogena and Clean & Clear brand.

Meanwhile animated TV comedy “The Simpsons” is ending the use of white actors to voice characters of colour, producers said on Friday.

“Moving forward, ‘The Simpsons’ will no longer have white actors voice non-white characters,” they said in a brief statement.

The statement did not elaborate but the move follows years of public pressure about the Fox television show’s Indian convenience store character Apu, who is voiced by Hank Azaria.

Azaria said earlier this year that he would no longer play the character, which has been criticised as a negative portrayal of Indian-Americans. Azaria has also voiced the Simpsons characters of Black police officer Lou and the Mexican-American Bumblebee Man. Harry Shearer has played Dr. Hibbert, who is Black.

Friday’s statement did not say whether Apu or the other characters would remain on the series. Other white actors, including Mike Henry of animated series “Family Guy” and Kristen Bell of “Central Park,” have also said they will no longer voice characters of colour.

“It’s been an honor to play Cleveland on ‘Family Guy’ for 20 years. I love this character, but persons of colour should play characters of colour. Therefore, I will be stepping down from the role,” Henry said on Twitter on Friday.