How the deal was made: Marathon talks, painful compromises 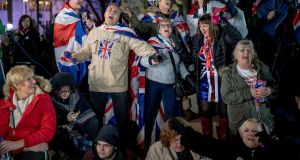 Negotiators have finally unlocked the deal that will define the future of the UK and EU’s £660 billion (€734 billion) trading relationship after a flurry of last-minute bargaining over fishing rights worth a tiny fraction of that amount.

The last section of the marathon negotiations, which began in March under the shadow of the first wave of the Covid-19 pandemic in Europe, was largely devoted to hammering out painful compromises over EU fishing quotas in UK waters.

Against a chaotic backdrop of virus-induced travel bans that left trucks stranded in queues stretching for miles and Britain cut off from the Continent, Britain’s prime minister Boris Johnson and European Commission president Ursula von der Leyen took hands-on control of the talks. The final hours of the negotiations hinged on the fate of a fraction of the EU’s existing fishing quota rights, which are worth an estimated €650 million per year.

“Spreadsheets on fish are even less interesting than they sound,” sighed one exhausted member of the team, as talks dragged beyond lunchtime on Christmas Eve. “We all want to get home but the champagne is on ice.”

Less than a month ago, the prospects for a deal looked far more gloomy. Michel Barnier, the EU’s chief negotiator, and his UK counterpart David Frost called a break after tense talks in London, telling their political masters on December 4th that negotiations were deadlocked. As Mr Barnier and his team trudged into St Pancras station the next morning to take the early Eurostar back to Brussels, the talks were entering a crisis period that took the negotiations to the edge of collapse.

The crucial sticking point at that stage of the talks was over an issue that had bedevilled the negotiations from the very beginning: how to satisfy the EU’s demands for a regulatory “level playing field” that would protect its companies from unfair competition. Mr Johnson insisted at the outset that his Taskforce Europe trade team – made up of about 100 officials – could not cede ground on a central principle: Britain would not accept EU law as the price for a free trade agreement. British officials say that objective was secured as early as July after Mr Barnier agreed to restructure the EU’s demands in a way that removed any direct reference to the bloc’s regulations and any role for the European Court of Justice.

But negotiators remained stuck on the central issues of how to enforce any deal on fair competition, and on how to meet demands from EU leaders, such as French president Emmanuel Macron, that any “level playing field” must endure over time.

On December 5th – a day after the two chief negotiators conceded the talks were stuck – Mr Johnson and Ms von der Leyen held what would be the first of numerous discussions that would define the course of the final phase of negotiations.

The EU side had been pushing for a “mechanism” that would allow either side to sound the alarm if it felt that differences in regulations – for example in environmental law – had placed its companies at an unfair disadvantage. Under the proposal, the disadvantaged side would have the right to impose tariffs – unilateral “lightning tariffs” according to Downing Street insiders – if consultations failed.

One ally to Mr Johnson said the move would have destabilised UK-EU relations for years to come, forcing Britain to mirror Brussels rules or face punitive sanctions on the flimsiest of grounds. The dispute was at the heart of Mr Johnson and Ms von der Leyen’s contacts in early December – a dialogue that led to the two leaders agreeing to meet in Brussels for dinner on December 9th in a bid to overcome the impasse.

However, any hopes that a face-to-face encounter over turbot and coconut sorbet would help to melt the ice ensnaring the trade negotiations quickly dissolved. In the sterile surroundings of the European Commission’s Berlaymont headquarters, Ms von der Leyen and Mr Johnson failed to find a way through. Flanked by their negotiators, the dinner – preceded by an awkward photocall – stayed rigidly formal.

The following day, the prime minister told Britons that there was “a strong possibility” talks would fail. Ms von der Leyen gave a similar message to EU leaders at a summit in Brussels. But amid the gloom and the sabre-rattling there were signs that both sides still urgently wanted a deal.

Lord Frost and Oliver Lewis, Mr Johnson’s Europe adviser, spent days working on alternative proposals to allow the UK to maintain its freedom to set its own rules while giving the EU comfort it could retaliate if things went too far. “That’s something that we were probably most pleased about – it was pretty unique in trade agreements,” said one British official. Their key partner in those talks was Stephanie Riso, a top adviser to Ms von der Leyen and a veteran of the negotiations on the EU-UK divorce treaty. “With Steph there was a real discussion,” the official said.

Meanwhile, Mr Johnson prepared to brand the new mechanism “a freedom clause” to reassure anxious Tory MPs that Britain would have regulatory autonomy, even if that might come at a cost in terms of access to the EU market. In a brief phone call at lunchtime on Sunday December 13th, Ms von der Leyen and Mr Johnson defused the crisis over the level playing field, acknowledging progress, and agreeing to allow their negotiators to keep talking - setting the scene for the frenetic final weeks of talks in Brussels.

Mr Barnier told EU ambassadors the following day that Britain had now accepted the principle of the level playing field mechanism, provided that enough safeguards were built in to prevent the EU from hitting UK products with tariffs on spurious grounds. From the British perspective, the compromise included important changes: it would include an arbitration system, remove the threat of “automatic” sanctions, and contain other safeguards against abuse. But the EU side still felt it gave them the security it needed.

Fisheries, however, remained a seemingly intractable issue until the end. British negotiators admit they underestimated the EU’s determination to hold its ground on fish – an issue that loomed over the talks until the final hour and which was of key importance to Mr Macron. Even at the start of this week, Britain and the EU remained far apart over the fate of the bloc’s current fishing rights in UK waters. The negotiations centred on a transition period that would guarantee the EU fleet access to UK waters for a limited time, and on how far EU fishing quotas would be reduced during that period. As recently as Tuesday, Mr Barnier branded British offers as unacceptable. Mr Johnson held numerous calls with Ms von der Leyen in the end game of the negotiations.

“They weren’t straightforward calls – they spoke a lot and they were very frank in the end,” said one person on the call. British officials insist that a deal remained “in the balance” until about midday on Wednesday. “Just when you got optimistic, they would always throw another thing on the table,” said one ally of Boris Johnson. Issues other than fish also threatened to destabilise the endgame, notably EU demands resisted by the UK for cross-retaliation powers that would have allowed Brussels to hit other UK sectors, - such as car exports, if a dispute on fisheries spiralled out of control.

The penultimate day of talks featured an eclectic mix of fish and cars. Britain made a last minute push on the trading conditions for parts for electric cars – a crucial issue for Japanese carmakers Nissan and Toyota with major operations based in the UK. With that resolved, and breakthroughs on fish secured, a deal came into view. By Wednesday night, when Mr Johnson convened his cabinet to outline the deal, a rare mood of Christmas optimism was in the air after a year in which the prime minister has been battered by the Covid-19 crisis.

“The PM insisted that the deal had delivered what was in the manifesto – that we were taking back control,” said one participant on the call. EU officials said that negotiators were kept up through Wednesday night by the task of fine-tuning adjustments to fishing rights.

A night-time pizza delivery to the European Commission’s Brussels headquarters signalled the long hours of work that still lay ahead. The work stretched on into Thursday afternoon as exhausted officials ploughed through the highly technical task of recalibrating quota-shares. Setting fishing rights in waters close to the UK coast, rich in lucrative species such as scallops, was a big part of the overnight effort, said people involved in the talks.

Diplomats from both sides blamed the other for the repeated delays to being able to announce an agreement – with allegations that the EU side had erred in its calculations, requiring numbers to be revised, and that the UK had sought late changes to the deal.

One official close to the talks said on Thursday that the challenge of calibrating the quotas was simply “goddamn hard”. On Thursday afternoon both sides could finally confirm that a gruelling negotiation was over. Ms von der Leyen said that the deal left her feeling “quiet satisfaction and, frankly speaking, relief”.

“We can finally leave Brexit behind us,” she said. “Europe continues to advance.” – Copyright The Financial Times Ltd 2020