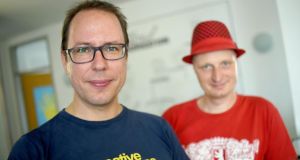 Germany’s acting chief public prosecutor on Monday dropped a treason investigation against a news website and said the secrets it leaked had not threatened national security.

Mr Range had accused the justice ministry of meddling in the treason investigation.

Mr Maas had previously expressed doubts over whether the publication of restricted documents belonging to the domestic intelligence agency, the Office for the Protection of the Constitution (BfV), had endangered Germany.

The treason investigation had been put on hold while an expert study looked into the articles published on Netzpolitik on February 25th and April 15th this year.

The allegation of treason against journalists has prompted widespread outrage among press freedom advocates and lawyers.

Privacy is an especially sensitive issue in Germany after the extensive surveillance by Communist East Germany’s Stasi secret police and by the Gestapo in the Nazi era.

The Netzpolitik case has echoes of the 1962 “Spiegel Affair”, a Cold War-era scandal widely seen as a landmark in ensuring freedom of the media in postwar Germany.

1 Coronavirus: Two more deaths confirmed amid concern over new clusters
2 Cluster of Covid-19 infections at Kerry ‘house party’ investigated
3 Paschal Donohoe’s victory seen as a revolt against EU’s ‘big four’
4 Man (60s) killed as other driver ‘leaves scene’ of two-car crash
5 Reopening of pubs that do not serve food may be delayed beyond July 20th
Real news has value SUBSCRIBE