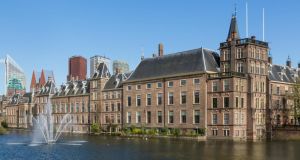 Parliament buildings in The Hague, The Netherlands

In an unexpected U-turn, the beleaguered Catholic Church in the Netherlands has agreed to pay compensation to more than 250 victims of clerical sex abuse whom it had previously ruled had not fully substantiated their complaints.

The controversy over compensation follows the 2012 publication of the 1,100-pag Deetman Report, which revealed that 800 Catholic clergy routinely abused as many as 20,000 children in schools, children’s homes and orphanages between 1945 and 1985.

A second report the following year, looking specifically at allegations of sexual abuse of girls between 1945 and 2010, came to the conclusion that the number of female victims was probably in the “tens of thousands” – so large that it will never likely be established more accurately.

The process of verifying complaints, however, has been a slow and painful one, particularly because so much time has passed, because many of the victims have been psychologically scarred, and because some of the clergy allegedly culpable have died.

Just over 1,900 complaints have so far been received. About 1,100 of those have been “processed” and 800 have been verified to the commission’s satisfaction. Compensation totalling €17.5 million has already been paid to some 600 of those 800.

The issue of people whose claims had been rejected came to the forefront when the chairman of the commission, Wiel Stevens, acknowledged that just because complaints could not be substantiated did not mean the complainants had not been abused.

In the vast majority of those cases, the allegations were true, Stevens said – although the rules did not provide for compensation.

“In the Netherlands, the rules of eligibility for compensation are rather strict – unlike countries such as Ireland, where compensation is paid sooner and in larger amounts.”

This acknowledgment increased the moral pressure on the church and paved the way for yesterday’s decision. The compensation is still likely to be relatively little, perhaps in the region of €5,000 or even less per person.