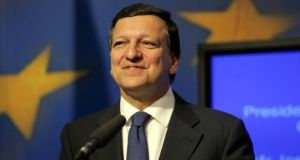 These are challenging times for the European Commission. With the Brexit vote still fresh and Eurosceptic parties expected to poll well in national elections next year, the EU could do without another controversy.

But the past few weeks have seen the commission once again hit the headlines for all the wrong reasons. Revelations about the links between former senior commission officials and big business have thrown the spotlight on transparency policies within the EU.

In July it emerged that José Manuel Barroso, the former Portuguese prime minister who led the commission for 10 years, had been appointed as executive chairman and a Brexit adviser to Goldman Sachs International.

A petition organised by European Commission staff calling for Barroso’s pension to be withdrawn ultimately garnered more than 140,000 signatures. EU ombudsman Emily O’Reilly wrote to Jean-Claude Juncker highlighting public unease over the appointment, which led to Juncker referring his predecessor’s appointment to an ethics committee. Barroso has strongly defended his decision to take the post, which was confirmed after the 18-month cooling-off period set out in EU rules.

However, the commission has informed Barroso that he will be treated as any other lobbyist and denied the traditional red-carpet treatment reserved for former presidents when he visits commission headquarters.

Kroes, who was given two senior commissioner posts during Barroso’s two terms at the helm of the commission, said her failure to disclose the position was an “oversight,” as she had believed the company in question, Mint Holdings, had been liquidated in 2002 after the Enron deal fell through.

The revelations about the former Dutch transport minister are of particular interest given that Kroes has already been criticised for her close links to the private sector. Since leaving the European Commission, she has taken up advisory roles with Bank of America Merrill Lynch, Salesforce and Uber.

Of primary concern is any conflict of interest that may have arisen when Kroes held the powerful roles of EU competition and digital commissioner. To date, there have been no accusations of any breaches of ethics while she was commissioner.

For Barroso, however, the controversy over his appointment has deepened following weekend reports by Portuguese newspaper Publico that he met with Goldman Sachs chief executive Lloyd Blankfein while commission president in 2013. Barroso has responded saying that he held meetings with representatives of many financial institutions during this period. Still, the controversy highlights the uncomfortable ground that opens up when politics and business mix.

Kroes, for example, publicly supported Uber’s position on a number of occasions while she was digital commissioner.

The European Commission has been quick to respond to the controversies. Juncker, who continues to attract his own share of controversy over certain tax deals that were struck when he was prime minister of Luxembourg, is occupying something of a moral high ground on the transparency controversy.

The commission has been quick to point out that Juncker introduced a number of transparency initiatives on succeeding Barroso in late 2013, including new rules obliging commissioners and senior members of their cabinets to publish details of meetings with lobbyists.

Watchdog groups such as Transparency International have highlighted loopholes in the system. While the number of companies registering on the transparency register has increased to more than 9,000, there are concerns about the accuracy of the entries.

They also say commission disclosure rules for staff should be extended to more junior officials such as heads of unit, who regularly meet with company representatives.

Ombudsman Emily O’Reilly, who has long highlighted the problem of “revolving doors” at the commission, has urged it to strengthen the rules that govern the work that former commissioners undertake after leaving office.

Although Barroso was technically within his rights to work for Goldman Sachs, she has questioned the “apparent arbitrariness” of the 18-month cooling-off period, arguing that certain cases “will not cease to be problematic simply because 18 months or longer has passed”.

At a time when public scepticism towards EU institutions and political leaders is high, ensuring the full independence of those institutions should be a priority for the European Union.