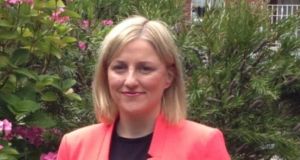 Cora Sherlock is a solicitor and deputy chairwoman of the Pro Life Campaign. Photograph: Cora Sherlock via Twitter

Dublin solicitor and deputy chairwoman of the Pro Life Campaign Cora Sherlock has been named one of this year’s 100 Women by the BBC.

The list includes noted activists, scientists, artists, businesswomen, writers and educators. One-fifth of this year’s participants are under 25, and according to the BBC they are not only women to take notice of now, but ones to watch in the future, too.

Malala Yousafzai, who received the Pakistani schoolgirl who received the Nobel Peace Prize this year for her campaigns to end child labour and free children from trafficking, was not on the list.

The BBC launched the 100 Women series last year as part of its pledge to represent women better in its international news output.