Petrol bombs in Dhaka kill 7and injure at least 16

Violence continues as opposition calls for new elections in Bangladesh 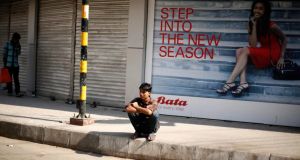 Attackers have thrown petrol bombs on a packed passenger bus in Dhaka, leaving at least seven people dead and 16 others injured.

The attack, by an unidentified group, came amid a nationwide general strike enforced by an opposition alliance calling for new elections in Bangladesh.

Local police chief Uttam Chakrabarty said the attack took place early today in the eastern district of Comilla when passengers were asleep on a trip to the capital from the southern coastal district of Cox’s Bazar.

He said the injured have been taken to hospital.