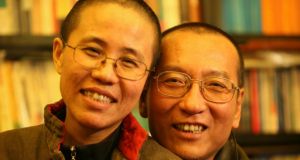 The Communist Party-owned Global Times newspaper has lashed out at comparisons between Nelson Mandela and China’s jailed Nobel peace prize winner, saying Liu Xiaobo was a common criminal not worthy of any praise.

At the same time, there have been comments online pointing out the contradiction between the Chinese government praising Mr Mandela’s legacy even as it keeps pressure on its human rights activists. This week US secretary of state John Kerry called for the release of Mr Liu and for his wife Liu Xia’s extralegal house arrest to end.

An editorial in the English-language edition of the paper said: “In defiance of China’s judicial sovereignty, Western countries keep making an issue of Liu’s case to attack China’s human rights record.

“Mandela was a Nobel Peace Prize laureate for leading African people to anti-apartheid victory through struggles, tolerance and efforts to bridge differences. However, awarding a Chinese prisoner who confronted authorities and was rejected by mainstream Chinese society derides China’s judiciary system.”

Another editorial criticising Mr Liu in the Chinese language version of the paper, which has a larger readership of 1.5 million, did not mention Mr Mandela.

It is rare for an establishment newspaper, such as the Global Times, to respond to foreign criticism beyond repeating the government line that human rights are a domestic issue and not the business of other countries.

A veteran dissident involved in the 1989 Tiananmen Square pro-democracy protests crushed by the Chinese army, Mr Liu is a writer who was convicted of subversion in 2009 and sentenced to 11 years in prison for circulating a petition calling for democracy.

The Chinese system had to ensure that a society of 1.3 billion people ran smoothly, the newspaper said, and the government would not make an exception for Mr Liu, regardless of what pressure was applied by the West.

“China needs to continue efforts in improving human rights conditions and it needs to deepen political reforms. We should listen to helpful suggestions from the West but we do not want interference in our domestic affairs,” the Global Times said.

Meanwhile, a Chinese university has fired a professor for failing to admit wrongdoing in posting an article criticising president Xi Jinping.

Law professor Zhang Xuezhong was sacked on Monday by the East China University of Political Science and Law in Shanghai for an article he posted in June, and an online book he wrote entitled New Common Sense that was critical of Communist Party rule.