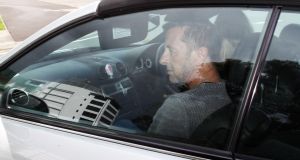 New Zealand prosecutors have dropped a murder-for-hire charge against AC/DC drummer Phil Rudd, saying there was not enough evidence to proceed.

The 60-year-old member of the Australian band still faces charges of possessing methamphetamine and marijuana and making threats to kill.

Tauranga Crown Solicitor Greg Hollister-Jones said his office became responsible for prosecuting Mr Rudd after he had been charged by police and had appeared in court.

“The file was obtained today and reviewed,” Mr Hollister-Jones said, adding he “made the decision that there was insufficient evidence to proceed with the charge of attempting to procure murder”.

Mr Rudd’s lawyer Paul Mabey said the decision to charge him was made by police without consulting prosecutors.

“The charge alleging an attempt to procure murder should never have been laid,” Mr Mabey said.

“Mr Rudd has suffered unnecessary and extremely damaging publicity as a result of widespread and sensational reporting of a very serious allegation, which on any basis was never justified. The damage to Mr Rudd is incalculable.”

He said the drug charges were minor offences. Rudd has lived in the seaside city, about 200 kms (125 miles) southeast of New Zealand’s biggest city Auckland, since he was sacked from the band in 1983. He rejoined AC/DC in 1994, but has remained in New Zealand, where he owns a restaurant.

AC/DC said the arrest of its drummer would not affect its upcoming tour or album release. The band released a statement through publicist Benny Tarantini, saying band members had “only become aware of Phil’s arrest as the news was breaking”.

“We have no further comment. Phil’s absence will not affect the release of our new album Rock Or Bust and upcoming tour next year,” the statement said.

The band has sold more than 200 million albums worldwide and was inducted into the Rock and Roll Hall of Fame in 2003.

The chart-topping hard-rock group was formed in Sydney by Malcolm Young and brother Angus, famous for his school-boy outfits, who had moved to Australia from Scotland in 1963. Their international hits include Shoot to Thrill, Thunderstruck, Highway to Hell and Dirty Deeds Done Dirt Cheap.

Rock Or Bust is due to be released on December 2nd and will be the band’s first new studio album in six years. AC/DC plans to promote it during a world tour next year.