The country’s anti-graft commission arrests 27 people, many from major companies 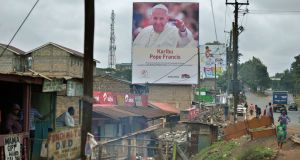 Kenya’s anti-graft commission arrested 27 people yesterday, including the heads of two state-run companies and the suspended head of a third, in one of the biggest sweeps in the commission’s three-year history.

Another seven people, including a regional governor, have not yet been arrested, but are being sought for “corruption-related charges”.

The Ethics and Anti-Corruption Commission (EACC) said most of the 27 people turned themselves in yesterday and are expected to appear in court today and tomorrow.

It also included Charles Tanui, suspended managing director of the Kenya Pipeline Company, and three other officials from the company.

Most of those accused work in procurement, the EACC said. It says 70 per cent of all corruption in the country relates to procurement.