Ethiopia: 30 years after the famine

It’s three decades since Michael Buerk’s powerful BBC reports told the world about the country’s famine. The image has stayed with us, but Ethiopia appears to be shedding it 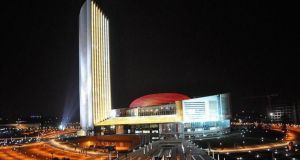 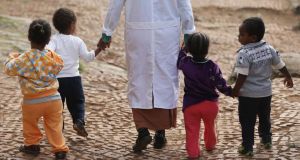 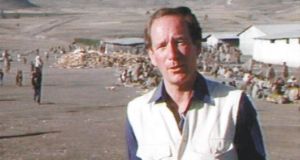 Powerful: Michael Buerk reports from Ethiopia for the BBC in 1984 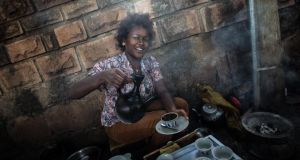 A new skyscraper has recently risen in Addis Ababa, the capital of Ethiopia. Built with Chinese money, the shining new home of the African Union, an EU-style body representing 54 African countries, is a symbol of the country’s rapid economic change.

The World Bank reports that this country of 94 million people, although still one of the world’s poorer nations, has seen sustained growth over the past decade, averaging more than 10 per cent a year, in contrast to the regional average of 5.3 per cent.

The effects are easy to see. All around Addis the streets are in chaos as a light-rail system is installed. It is on target to begin transporting passengers next year. China is paying for this too. The nature of “Chinese” funding to Africa is complex, sometimes involving direct financing from Beijing, in other cases involving private funding from companies based in China. The light-rail project is backed by China’s Exim Bank.

Cranes swing into action each morning, erecting new hotels and office blocks to add to the long list of international chains that have opened or expanded here: Hilton, Intercontinental, Radisson Blu, Sheraton and Monarch are all doing strong business alongside African counterparts.

And, according to some, there aren’t enough of them. The Awash International Bank projects that unsatisfied demand for hotel beds in Ethiopia in 2015 will run to 1.3 million – a demand fuelled by an increase in tourism, business travel and the work of the African Union.

Outside the city, major rail links are under construction, including one by a Turkish company, Yapi Merkezi, worth a reported €1.3 billion: the 389km Awash-Woldiya project will connect lines from Mekelle to Hara Gebeya and then Addis to Djibouti.

Ethiopia is funding its own development too. The Blue Nile rises in Ethiopia before flowing on to Egypt and Sudan. The Grand Ethiopian Renaissance Dam will harness the waterway as the largest hydroelectrical plant on the continent when complete. Cairo is unhappy, fearing that the damming of the Nile will have major impact on Egypt.

At present 80 per cent of all air traffic into Africa is by non-African carriers. Ethiopia wants a slice of that. Ethiopian Airlines, one of the country’s biggest employers, is also one of the largest airlines in Africa. It flies to 82 international destinations, and if a project to use Dublin as a stopover in place of London on one of its US routes succeeds, Ireland will have a direct link to the country.

Ethiopia is also a fast-growing tourism destination. Lonely Planet recently named it one of the must-see places in the world; Rough Guide named it the number-one destination in 2014.

The country is not without its challenges. Ethiopia is a landlocked country in the Horn of Africa, bordering Kenya, Sudan, Somalia, Djibouti and Eritrea. It is large and widely diverse, with high mountains, including one of the highest plateaux in Africa, and lush lower-lying regions.

It has a large expanse of underdeveloped agricultural land that the population relies on heavily. Ninety or so languages are spoken; religion is largely split between Christians and Muslims.

Unesco reports reflect progress in the education sector but claim that education indicators are still low, particularly with regard to girls’ and women’s education. Funding from international development organisations and international foreign aid to support community development is still a necessary part of Ethiopia’s economy.

A recent high-profile legal case taken in the UK was prompted by an Ethiopian citizen who claimed that Britain was complicit in his and his neighbours’ forced removal from his land – a direct consequence, he argued, of Britain’s financial aid to Ethiopia, estimated at €300 million a year.

USaid is also active in the country, as are many other European government funding programmes and international monitoring organisations. All this development appears to be working. The World Bank has recorded a fall in the national poverty rate in Ethiopia from 45.5 per cent in 1995 to 29.6 per cent in 2011. Life expectancy has risen from 49 years in 1994 to 63 in 2011.

THE IRISH IN ETHIOPIA: "ETHIOPIANS OWN THEIR OWN FUTURE"
Anne O’Mahony, Concern Worldwide

I went to work in Ethiopia for Concern a year before the famine hit the headlines. I arrived in a huge famine-relief camp, to work in a feeding centre. It was incredibly difficult. Ethiopians are an immensely proud people, and they were on their knees.

Sometimes the crisis was bigger than we felt we could handle. I spent a year there, then returned in 1988-89. Even in that short time I could see progress.

So much has happened since then. Strong instruments have been put in place to protect against hunger. Instead of simply being recipients of aid, people own the process – and they own the achievements too. Now the issues Concern is involved in are different. We work on overgrazing programmes, regeneration of land, and conservation farming.

There is a rapidly expanding population, and this creates hunger hot spots. We work with government on community-management and acute-malnutrition programmes, where communities themselves become the driving force for change.

Ethiopia is a beautiful, exciting country and people should see it. Ethiopia’s future can only be in the hands of Ethiopians. They own their own future.

I first went to Ethiopia in 1973 and have been working there ever since.I set up a state-run tourism group called Experience Ethiopia before going private and establishing Ethiopian Quadrants.

We run tours for travellers who want a little bit more, who want to get to the heart of a place: its culture and identity. I also opened a restaurant called Roadrunner in the capital, Addis.

There’s an ease to getting around now, particularly by air. There’s a great internal flight network, and the roads have really improved. It’s one of the fastest-growing economies in Africa, and not just in tourism.

Social development has really improved: kids are in school, women are in third-level education, access to water is common. It’s a good place to do business. Ethiopia wasn’t colonised, so they don’t have the same hang-ups about white Europeans that some other African countries do. They’re not really interested in the fact that you’re foreign – more in what you can do. I never had to pay a bribe to set up my business, for example. You can’t say that about a lot of other countries.

There’s a renewed confidence all round. It’s home.

Gary Quinn travelled as a guest of Ethiopian Airlines