Why we still cannot handle the truth 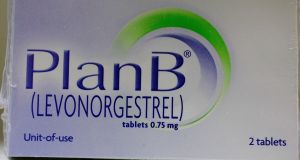 You don’t think that Samoa Air thing could catch on here, do you? The new system, under which your airfare is calculated by your body weight and the weight of your baggage combined? Keep away, with your filthy foreign ways! The last place we want to confront reality is the airport.

I say this as someone who has stood knee-deep in her own underwear at airports across the world, because as we all know, whenever you are required to repack your bag in public your underwear is the first thing to jump out . And I have endured an elevated heart rate too many times, trying to force my handbag into my carry-on luggage on the instructions of Ryanair, as if trying to hide a dead body.

If the Samoa Air thing takes off, airports could have weighing scales for the humans. It doesn’t bear thinking about, particularly not for the Samoans, another island nation with a galloping obesity problem

Ryanair will probably not go the Samoa Air route, if only because it would mean that the company would lose the hefty amount of money it makes on flogging food and booze mid-flight. Those skinny types don’t spend, you see. It would also mean Ryanair altogether abandoning the great tradition by which the passengers do all the work of booking their flights and checking themselves in online.

Surely it is cheaper for Ryanair to send all those extra millions of litres of fuel into the atmosphere flying fatties (and our complete sets of golf clubs) all over the globe, rather than hiring the staff to weigh us all individually at the airport. Let’s hope so, eh?

The Samoa Air initiative is based in reality, where no amount of wishful thinking, draped garments or political correctness can melt the flesh away. That’s the psychological reason why it will never happen here.

Irish people cannot deal with reality, really. As Jack Nicholson had it in a lively exchange with our new compatriot, Tom Cruise, in that sturdy melodrama A Few Good Men : We Can’t Handle The Truth.

The fact that we can’t handle the truth has undoubtedly led to our rich and varied creative output. It has probably led to our dependence on the hospitality industry and our national love affair with hotels; let’s face it, there is no better escape than wrapping yourself in some fluffy towels you won’t have to wash and looking at wallpaper someone else has chosen.

A dislike of reality also certainly helps with maintaining our alcohol consumption, thank goodness. Perhaps though it does not serve us so well in other areas. Thus we have the troika inviting itself in to supervise our health spending, which no Irish institution seems able to control. Too much confrontation involved for our boys, presumably.

Then we have the Irish Medical Organisation, which took time off from what the Mail on Sunday yesterday rather magnificently called its own “financial imbroglio” to vote last Friday against three mild proposals on abortion policy.

The first of these is the inquest, due to start today, into the death of Savita Halap- panavar, who died of blood poisoning after suffering a miscarriage in University College Hospital Galway last October. Her husband, Praveen Halappanavar, says she was denied life-saving medical procedures because, his wife was told, she could not have what amounted to an abortion, because Ireland is a Catholic country.

The second of the events rattling the windowpanes of the IMO’s ivory tower is the news from America that, on the same day as the IMO vote, a federal judge in New York had overturned the directive from the Obama government that emergency contraception – the so-called morning-after pill – could be given over the counter only to women over the age of 17.

Under the government-approved system, girls aged 16 and under had to have a prescription to get emergency contraception – the commercial name for one brand of which is nice and clear: “Plan B”.

This policy was either the result of genuine concern for young girls having unprotected sex without the knowledge of their parents or it was a cynical pre-election policy to keep the conservatives quiet.

Either way, Judge Edward Korman called the policy “arbitrary, capricious and unreasonable”. He accused the administration of “putting politics ahead of science”. Then he overturned it.

There are lessons to be learned here. Firstly, for ordinary members of the IMO: don’t hold your annual meetings in Kerry on a weekday if you’re looking for a vote that reflects the views of the country.

Secondly, that we are lucky enough to live in a country where it is not only our politicians who put politics ahead of science, but our doctors as well. It is doubtful whether even our new brother Tom Cruise’s strange religion of Scientology could get much weirder than this.