518,000 left with no money after essential bills are paid 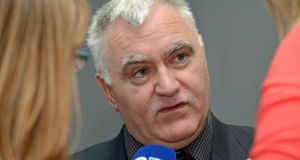 Family budgets remain under severe pressure but there has been a small shift towards stabilisation of household incomes, according to the latest survey by the Irish League of Credit Unions.

Some 518,000 people are left with no money at the end of the month after essential bills are paid, according the most recent survey. This represents a reduction of more than 70,000 since December 2012, when the figure stood at 690,000.

Some 1.7 million people have €100 or less of disposable income left once bills are paid, but this figure is down from 2.1 million in December 2012.

The number of people with less than €50 left after essential bills have been paid fell by 380,000 to 1.2 million during the same period.

While the survey found that many people are still struggling to keep up with bills, it also revealed that almost four in 10 are now in a position to save. The monthly average put aside is €170, down from €180 in December of last year.

Kieron Brennan, chief executive of the league of credit unions , welcomed the slight stabilisation in disposable income, but noted that many households are still restricted by a tight budget and “seriously struggling on a daily basis”.

“It will be interesting to see if this trend continues throughout the year and what the real impact of the property tax is on households.”

One in five of those questioned said they were unlikely to pay their local property tax before the July deadline.

The survey’s findings indicate disposable income is stabilising slightly for the first time since 2011.

The average post-tax net monthly income for a family household is €2,710, with expenditure coming in at €2,571 per month.

The average net monthly income for an individual with no family commitments is €1,470, with typical outgoings of €1,291 per month.

The largest single monthly spend for people is a mortgage or rent payment, with households paying an average of €878 on their mortgage or €517 on rent and individuals paying €694 on a mortgage or €327 renting.