Fund of €12m will bring broadband to rural companies 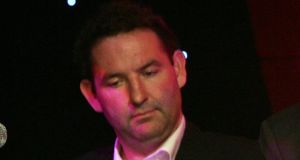 Conal Henry chief executive of Enet: “It effectively means that the broadband service on offer is unlimited. A business should never have to worry about broadband capacity again.” Photograph: Matt Kavanagh/Irish Times

The European Investment Bank (EIB) is to providing €12 million to bring broadband to small and medium enterprises (SMEs) in rural towns and villages.

The money forms part of an investment of at least €25 million which will see fibre to the business (FTTB) made widely available.

The investment will be with Enet, which has run the metropolitan areas network (Mans) for the last decade. It has been providing wholesale broadband services to 94 towns and cities.

Enet chief executive Conal Henry said FTTB would allow speeds of up to 1,000Mbps (megabytes per second) which would be sufficient for all current and future demands.

“It effectively means that the broadband service on offer is unlimited, that fibre connectivity is good for that building as long as the building exists. A business should never have to worry about broadband capacity again,” he said.

A pilot scheme introduced in Claremorris, Loughrea, Ardee and Kilkenny will be complete in March.

Mr Henry said the roll out of the investment would depend on demand from local businesses in some of the 94 towns covered by the existing scheme. He said about 25 towns would be covered by the Enet/EIB investment.

It will be the first investment of its kind through its Innovfin initiative which is a joint programme with the European Commission. It supports innovation and technology schemes.

Mr Taylor said the EIB had had talks with Minister for Communications Alex White about the national broadband plan unveiled by the Government last year. It aims to bring broadband to the 30 per cent of premises in the country not covered by commercial broadband. It is separate from the Enet initiative.

“Clearly, from a policy objective, our core mission is to support European economic growth and development,” Mr Taylor said.