Taoiseach says he is 'sorry' about way Magdalene residents were treated 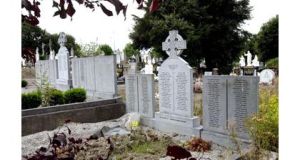 Taoiseach Enda Kenny has said he is sorry about the way the10,000 residents of the Magdalene laundries were treated and regretted that the stigma attached to them had not been removed before now.

As an inquiry found 2,124 of those detained in the institutions were sent by the authorities, Mr Kenny expressed his sympathies with survivors and the families of those who have died. “To those residents who went into the Magdalene laundries from a variety of ways, 26 per cent from State involvement, I’m sorry for those people that they lived in that kind of environment,” he said.

However, he stopped short of issuing a full State apology.

The Dáil will debate the report in two weeks, Mr Kenny said, adding that it was not a "single issue story". The  residents arrived in the laundries through a variety of circumstances and for a variety of reasons, "not the least of which was destitution and poverty", he added.

Mr Kenny said the youngest person to be admitted to the laundries was aged nine and the oldest was 89.

He said action should have been taken before to clear the names and reputations of the women put to work in the institutions. “That the stigma, that the branding together of the residents, all 10,000 needs to be removed and should have been removed long before this and I’m really sorry that that never happened, and I regret that never happened,” Mr Kenny said. “I’m sorry that this release of pressure and understanding of so many of those women was not done before this, because they were branded as being the fallen women, as they were referred to in this State.”

Mr Kenny said the House should absorb the report and reflect on its findings.

There were sharp exchanges between Mr Kenny and Sinn Féin deputy leader Mary Lou McDonald, who called on the Taoiseach to issue a formal apology to the former residents of the laundries over the State's role in referring them there.

Ms McDonald said that the last of the institutions only closed in 1996, so it was not a throwback to the Ireland of the 1940s and 50s.

She added that the Taoiseach should match the courage of the women involved. "I am very alarmed by what you have had to say in the Dáil today," she added.  "We all understand that the report will have to be studied carefully, but let us not forget that a huge amount of information and testimony, historically verified, was already in the public domain prior to the McAleese committee."