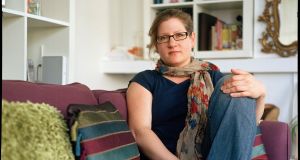 Irish women seeking help from a charity that helps them pay for abortion in Britain have done “very desperate and dangerous things” in efforts to terminate their pregnancies, including drinking bleach.

Director of the UK-based Abortion Support Network, Mara Clarke, said some women who contacted it had googled ways to abort and taken substances such as homeopathic remedies in their desperation.

In an interview broadcast on The Pat Kenny Show on Newstalk on Wednesday as part of a series on abortion in Ireland, Ms Clarke said she believed there were also at least “dozens” of “rogue” abortion counselling services which were giving women incorrect medical information.

The organisation had heard from women who had been threatened by such organisations that they would come to their homes or speak to their neighbours about their wish to have an abortion.

Ms Clarke said making abortion against the law did not stop it. It just stopped safe abortion for women and couples without money.

She said arranging an abortion and travel was often more difficult for women based outside Dublin or Cork and that they often stayed overnight with a network of volunteers in London, Birmingham, Manchester or Liverpool.

In the interview, Ms Clarke said the organisation did not provide counselling and did not try to deter or encourage women in relation to their decision.

“Usually when people come to us, we’re the last bit. They’ve made the decision about what they want to do. They’ve been deterred by logistics, by arranging childcare, by getting travel documents together,” she said.

The Abortion Support Network would provide “confidential, practical information” about the least expensive way to arrange an abortion and to travel.

It also gives grants to the women towards the cost, which can range from €500 up to €2,700 for a procedure later in pregnancy.

“We hear everything from couples who have several kids and can’t afford more, to younger women who want to continue their education and get themselves a little more financially settled before they have a baby; couples with wanted pregnancies diagnosed with catastrophic fatal foetal anomalies.”

She said she had suffered threats because of her work and had been sent a death threat against her daughter via Facebook.

“But honestly it’s not so bad. My friends in America have it much worse. We’re not wearing Kevlar vests to work.”

On Thursday, The Pat Kenny Show will hold a debate betwen pro-choice and anti-abortion sides.

Friday’s show will explore the legal, political and medical issues around repealing the 8th amendment of the Constitution, should that go ahead.