Vital energy of conservatism pushed aside by incoherent ‘liberal’ dogma 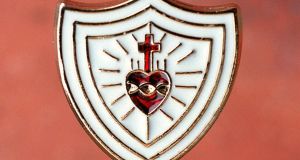 “Ideally, an Irish male ‘conservative’ should wear a tweed sports jacket over a báinín sweater concealing an extravagantly frayed shirt, with a tie knot peeping up over the neck of the sweater. A fáinne or pioneer pin brings added points.” Photograph: David Sleator

What, today, more than two decades after Margaret Thatcher’s exit from the public realm, is a small-c “conservative”? The evidence is of a diminishing phenomenon, at best, and what exists of it may not be what it seems.

Literally, a “conservative” is someone who wants to keep things more or less as they are, in the interests of stability and continuity, or, at the least, insists upon a robust testing of new ideas before they are adopted by society. Thatcher, of course, was not a conservative, but a radical libertarian.

Small-c conservatism is a vital energy in a healthy society, because it keeps a pull on the rope of societal balance against the violent yanking of those seeking precipitate radical change. Both elements are essential to a healthily functioning society, together ensuring that those wanting to transform or revolutionise society, in whatever direction, are compelled to demonstrate beyond a reasonable doubt that the changes they advocate will be good rather than bad. This precautionary formula has recently been jettisoned by a new cultural ascendancy, which insists that its every prescription must be adopted without question. It dresses this stitch-up in moral-sounding words – “equality”, “progress”, “tolerance” and so forth – to imply that opponents are not just mistaken, but bad or stupid people.

Increasingly, what appear to be debates about the wisdom and practicality of new proposals are actually summary trials, before a gallery of public opinion in a process primed by liberals to shunt through their agenda without significant challenge. The dominant note of these proceedings is not reasoned argument, but a carefully cultivated set of public emotions, which function as jury. These pseudo-debates throw out much heat but little light, and this is not accidental.

What we see of “conservatism” in this process is for the most part a constructed, artificial phenomenon, introduced into these pseudo-debates as a way of concealing their essentially undemocratic nature. The “conservatives” on show are selected and introduced by the liberal hosts of the discussion to provide a token, feeble resistance. Their function is to facilitate the moral drama being enacted. Sotto voce , the word “conservative” conveys “bigot” or “reactionary” – becoming an instrument of moral isolation and abuse.

The “conservative” is thereby stripped of moral authority and forced into the role of diehard, with the allotted job of supplying straw-man arguments which even the most feeble-minded liberal can demolish. To qualify, a “conservative” must be willing to advance clearly outmoded ideas of human reality, and affect the appearance of having stepped from Noah’s Ark.

Ideally, for example, an Irish male “conservative” should wear a tweed sports jacket over a báinín sweater concealing an extravagantly frayed shirt, with a tie knot peeping up over the neck of the sweater. A fáinne or pioneer pin brings added points. Dandruff is obligatory

The purpose of the “debate” is to dramatise the wrongheadedness, ugliness and badness of “conservatism”, while causing public sentiment to long for the extinction of the “conservative”. Hence, whatsoever he opposes becomes self-evidently attractive.

This ritual enables statutory requirements relating to balance and fairness in public discussion to be elided by the hosts/gatekeepers of the discussion. It is not that articulate, fashionably dressed “conservatives” cannot be located, but that this might give rise to the possibility of the “conservative” occasionally winning arguments, and this, obviously, would be unacceptable.

The most striking thing about “liberal” objectives is their ostensible incoherence, but this masks a deeper unity of purpose, related to the dismantling of existing edifices and values. The bonding agent of what is termed the liberal “agenda” is really the pursuit to finality of individual human instinct. The true “conservative” would say that human experience through time has shown that this leads to disaster, but, in the constructed drama of the pseudo-debate, the liberal hosts ensure that the “conservative” contribution goes something like, “It’s against the law of God”. And, since right-thinking people know that God is dead, the “conservative” is obviously to be disregarded. (An intriguing question: was the Jesus of the Gospels a “conservative”?)

It is possible to go deeper, to identify patterns in liberal agitation that can be designated with a label – “social Marxism”, for example – but this is becoming less relevant. In truth, the emotive climate prevailing in the modern public square ensures that an increasing majority now regard social and political outlooks as a way of announcing identity rather than expressing conviction. “Liberal” opinions are like clothes, designed to set off an image, and increasingly reckless as to social consequences. (“Does my bum look big in this pro-choice secular atheism?”)

Really, then, “liberalism” is a kind of teenage intuition of human desire taken to the ultimate degree. And who wants to be seen to defend what is “old” or “traditional” or to appear wary or even wise? Society becomes as a human being living his life backwards. Soon there will be nobody grown-up enough to keep a pull on the other end of the rope.