Opinion: Belfast Agreement, joining the euro and the financial crisis among biggest changes 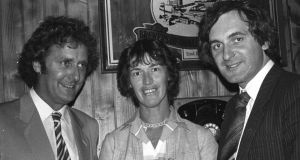 In the 20 years I have been writing this column for The Irish Times , there have been changes but much has remained depressingly the same. The major changes have been the Belfast Agreement, joining the euro and the financial crisis. There has remained a virulent sectarianism in Northern Ireland, the prevalence of petty political corruption, the persistence of a corrupt society with its insidious inequalities, and a democratic deficit that still seems to bother nobody.

The Belfast Agreement was a remarkable outcome, for it involved the capitulation of nationalism and republicanism to the tenets of unionism – an acceptance of the unionist credo that only with the consent of a majority of the people in Northern Ireland could the constitutional status of Northern Ireland be changed. So skilled was the spin on this capitulation that not alone did nationalists buy it but so too did unionists, which has accounted in part for the persistence of virulent sectarianism.

Joining the euro, the single currency, was a momentous change, for it involved the surrender of a large chunk of what remained of our sovereignty. It opened the floodgates to cheap money, the property bubble and the financial crash. But, most crucially, it required the incorporation into our political culture and public policy of the ideology of neoliberalism – the supremacy of markets, light touch or no touch regulation, privatisation and all the attendant inequalities that such policies ordain.

Not that there were not pressures domestically to go with that infection. Mary Harney (more Boston that Berlin) was perhaps the foremost apostle of neoliberalism but she had ardent disciples in Bertie Ahern, Charlie McCreevy, Richard Bruton and some silent ones in the Labour Party.

Twenty years ago the Beef Tribunal report was published, which fudged the obvious conclusions from the mountain of facts it had uncovered – that the operation of the State-funded export credit insurance scheme had been operated in a manner that was, well, curious. Other reports, notably the Glackin report on the sale to Telecom Éireann of the Johnston, Mooney and O’Brien site in Ballsbridge (where the Herbert Park hotel is nowadays), had conveyed a prevalence of questionable practices. Since then we have been inundated with further tribunal revelations of widescale corruption. But the main corruption is of society itself.

The recurrent response to demands for wealth distribution had been we had to create wealth before we could distribute wealth. Over a decade, from around 1997 to 2007, we created massive wealth, sufficient to relieve poverty, to regenerate disadvantaged estates, to fund a universal health system, to cherish the children of the nation equally, to diminish radically the disparities in wealth, income, power, influence and welfare. Some disadvantaged areas were regenerated and some other minor gestures to fairness were made but, essentially, we did little or nothing. And then when the crash happened, we inflicted the brunt of the adjustments on those least able to bear them and celebrated the achievement.

There have been further gestures towards accountability, but none of any consequence at all on the primary areas of accountability: the accountability of government to Parliament. There was a demand in 2011 for a radical change of course, after the collapse of the Celtic Tiger and the discrediting of all its appendages. Instead of the “democratic revolution” we were promised, we got we got exactly the same. And the sclerosis that afflicts our political system and political culture is such that after the next election we will get more of the same, irrespective of who is elected. For, as I have argued here recently, politics is all about office – which crowd gets the big job. Policies are calibrated not to advance any different conception of society but to win sufficient support to get the big jobs. And there is no prospect of change.

For instance, there is no prospect of incorporating into our Constitution a provision which would enable citizens to take the initiative on constitutional change and on public policy. This would be that, on the demand by 100,000 citizens, any proposition they proposed would be put to the people in a referendum, the outcome of which would be binding (fundamental liberties could be safeguarded by requiring that changes to those would require a majority of the electorate, not just of the voters). But there is no prospect of this happening for the establishment parties will not have it and their support for this is a prerequisite for it to happen.

Perhaps an equality initiative will get impetus by the demands even of such organisations as the IMF and OECD for equality to stimulate economic growth (until recently it was believed more equality would mean less growth and, of course, growth was/is paramount). The widespread welcome for the publication of Capital in the Twenty First Century by the French economist Thomas Piketty, which shows a progressive deepening of inequality over centuries maybe heralds some hope.