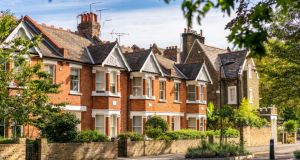 Threshold statement: ‘Threshold wishes to apologise for the lack of clarify and any public misinformation arising around the concept of a ‘viewing fee’ being a growing phenomenon’ Photograph: iStock

Housing charity Threshold has apologised for incorrectly claiming that prospective tenants were being asked by landlords to pay “viewing fees” to be able to see rental properties.

The charity issued a statement yesterday clarifying remarks made at a media briefing last week that led to widespread media reporting and political criticism about landlords seeking these fees.

“Threshold wishes to apologise for the lack of clarity and any public misinformation arising around the concept of a “viewing fee’ being a growing phenomenon,” it said.

Labour’s housing spokeswoman Jan O’Sullivan said in response to Threshold’s remarks that she was bringing forward legislation to ban the practice of landlords and letting agents charging potential tenants fees for viewing properties.

The Union of Students in Ireland described the practice of charging somebody to show a prospective tenant around the potential rental property as “ridiculous”.

In yesterday’s statement, Threshold corrected the error and explained how it came about, saying that the terms “viewing fee” and “booking fee” emerged in the media briefing.

The charity said that it referred to recent cases in which it had dealt with prospective tenants being asked by landlords and estate agents to bring money to viewings, but that these were not in fact viewing fees.

“In some cases, prospective tenants understood that unless they had set amounts of money available and upfront, they could not secure the rented accommodation,” the charity said.

“Since the publication of the article from this briefing and wider media engagement on this issue, Threshold has further reviewed its case files and now wishes to clarify that it incorrectly characterised the upfront monetary requirement as a ‘viewing fee.’ ”

Threshold said that, while “anecdotally” the term had been used by callers to the charity, client records only referred to upfront booking deposits and “more limited references to non-refundable booking fees”.

Upfront payments were a particular issue for recipients of public housing supports under the Housing Assistance Payment (HAP) scheme and those on low income as they cannot afford advance payments, the charity said.

Threshold said that it viewed this as “an exclusionary mechanism” and that changes in the law were required to prevent requests for upfront fees and high deposits – for example, the equivalent of two to three months’ worth of rent.