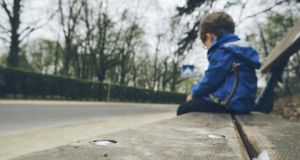 More than 9,000 cases of abuse, neglect or welfare concerns over children at risk are waiting to be allocated a social worker, new figures show

More than 9,000 cases of abuse, neglect or welfare concerns over children at risk are waiting to be allocated a social worker, new figures show.

Social workers say the volume of cases reflects growing pressure on frontline services which are often operating against a backdrop of scarce resources, staff shortages and dangerously heavy caseloads.

A breakdown of new figures provided by the Child and Family Agency – the State agency responsible for the sector – shows there were some 3,250 “high-priority” cases over the summer waiting for a response.

The agency insists any child at immediate and serious risk of harm receives a response and is prioritised. “All cases are monitored and reviewed by in-take teams,” a spokeswoman said.

But campaigners warn the introduction of mandatory reporting – making it a legal obligation to report abuse or welfare concerns – is likely put more pressure on frontline services.

The number of reports of children at risk received by social services has increased by 98 per cent over the last seven years to 41,600 in 2013 .

Experts say much of this is linked to increased public awareness about child-protection issues and to high-profile care scandals.

Pressure on services appears to be growing and earlier this week Ombudsman for Children Emily Logan expressed concern that “safe social work” was not possible in parts of the country.

Latest figures show the Child and Family Agency is likely to run more than €20 million over budget by the end of the year.