‘God is merciful. He does not want women to die. ’ 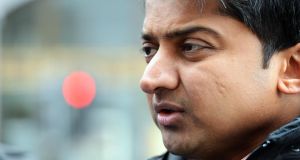 Women have spectacular bodies. And I’m not just talking about the women selected by our male-dominated media to provide the eye candy that keeps many of us silent and feeling second best.

I’m talking about all women. All women and their incredible bodies, full of reproductive potential, that, in an ideal world, they could choose to employ (or not to employ) as and when and if they wished.

Of course, we do not live in an ideal world. We never have and history is littered with attempts to control the awesome reproductive power of women. Women are actually so remarkable that many religions unleashed higher male powers to instil fear in their followers and impose rules for women to follow. In many countries, this history of control of women, based on medieval needs to maintain female subservience in the pecking order, is, sadly not, well, history.

Last weekend in Ireland, every Catholic parish in the State got a letter from the Roman Catholic bishops. The leaflet pointed out that “there is no appeal process for the unborn” and stated that “a baby in the womb is voiceless”.

That was leaflet number five in a series of 10 the Catholic bishops will be delivering over the coming weeks. While they are telling the people of Ireland what to do, they might take time to listen to the man whose life has been ruined by the avoidable loss of his daughter in an Irish hospital for want of a swift termination of her unviable pregnancy. The loss of his daughter, who was refused a termination and told by the midwife that she could not have one as the foetal heartbeat was still detectable. It was a “Catholic thing”, she told Savita.

It is indeed a Catholic thing. A Catholic thing that was inserted into our Constitution as Article 40.3.3. in 1983. The Catholic hierarchy campaigned with vigour and spoke in favour of that amendment, but the amendment was opposed by the other mainstream churches in Ireland - demonstrating that there is no such thing as a monolithic divine truth in the matter of a woman’s reproductive rights.

Working with former assistant Master of the Rotunda Hospital, Dublin, Dr Michael Solomons, as he wrote his memoir Pro Life? The Irish Question in 1992, we had cause to spend many an afternoon discussing the origins of reproductive policing of women in world religions. In the book, Solomons asked: “When does life begin? This is the question at the heart of any consideration of the medical practice of abortion.”

“There is, of course, no definitive answer,” he continued. “Different individuals, cultures and denominations hold different views. This makes the imposition of a single view of abortion on an entire people seem ludicrous.”

When the ludicrous becomes the callous and the disastrous, as it did with Savita Halappanvar in Galway last October, it is surely time to call a halt to the rigid dominance and control of any single doctrine.

It is worth noting here that Catholic doctrine concerning the beginning of life and abortion changed at least six times between the third century and 1869, when Pope Pius IX reaffirmed the belief that life begins at conception and decreed against the practice of abortion.

The Church of Ireland also believes human life begins at conception but makes a distinction between biological life and being a person. At the Oireachtas hearings on what was then the Protection of Maternal Life Bill in January 2013, Church of Ireland Archbishop Michael Jackson said the current position was very unclear and he welcomed the Government’s decision to legislate. That view was echoed by Heidi Good of the Methodist Church and Trevor Morrow, who was representing the Presbyterian Church.

In Judaism, Rabbinic opinions on when life begins also vary. According to Solomons, the term “unborn” has no place in Rabbinic doctrine. During January’s abortion hearings, Rabbi Zalman Lent said that from a Jewish point of view, every single case is taken on an individual basis and a decision taken on that basis. Islam meanwhile teaches that the soul is “inspired” no earlier than 40 days and no later than 120 days after conception. Abortion is permitted for foetal abnormalities and “maternal” indications up to 120 days, but after that only if the mother’s life is seriously threatened. Dr Ali Selim of the Islamic Cultural Centre of Ireland told the hearings that if physical or psychological problems were considered by a doctor, and they considered that abortion was the only option, then he would say yes to abortion.

Surely where there is a lack of ultimate “truths” in doctrines that hold “ultimate truths” to be their stock-in-trade, it is better to allow the woman concerned to choose what to do? Given the lack of consensus across world religions about abortion, it should surely be unconscionable that any nation should seek to codify the beliefs of any one religious doctrine in its laws. It should be. But as the battle for the control of the bodies of women living in Ireland rages on, we know we are in a place far away from justice, personal choice and personal safety.

In 1992 the Irish Supreme Court ruled that a woman is entitled to an abortion in this country if her life is threatened, including by risk of suicide. In December 2010, the Grand Chamber of the ECHR found that the Irish State had failed to implement a woman’s existing rights to a lawful abortion. Vindication of the ECHR judgment requires legislation by the Government. That legislation, we are told, will be in place by the summer recess.

That is the legislation currently being fought tooth and nail by the Catholic Church, whose pamphlets and pulpit pastorals, at their most oblique, are stating that women in Ireland are worth only as much as a fertilised ovum; that women are duplicitous, cunning creatures who will raise the floodgates and solicit abortion on request in this State by feigning suicidal ideation with gay abandon.

Savita Halappanavar’s father, Andanappa Yalagi, said that India looked up to Ireland in its battle for independence from Britain. Now he wonders how Ireland can be called a republic. “A republic has laws that are for everyone. A republic looks after all its people,” he said.

If it is confident in its ultimate truths, the Catholic Church must stop its insistence on that “Catholic thing” of letting women die on hospital beds after they have begged for a termination.

The final words should go to Mr Yalagi: “Religion should have nothing to do with medicine.”

Anthea McTeirnan is a member of Action on X and the Abortion Rights Campaign. She is the former chairperson of the Irish Family Planning Association. This is an edited version of her speech for the Empowering Women Through Secularism 2012 conference in Dublin tomorrow