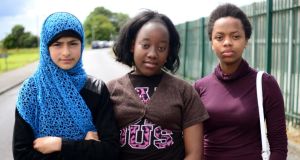 Social services have been alerted to more than 1,500 child protection or welfare concerns over young people living in centres for asylum seekers over the past five years.

The issues investigated by child protection staff include inappropriate sexualised behaviour among children, the inability of parents to cope, young people not being supervised and mental health problems.

The figures indicate the volume of reported concerns over children living in direct provision accommodation are between three and four times the rate for young people living in the general community.

The experiences of children in the State-run direct provision system are documented in a new Irish Times series, “Lives in Limbo” which begins today.

In all, more than 4,000 asylum seekers – including 1,600 children – reside in former hostels, hotels and other centres across the country.

Dr Geoffrey Shannon, the Government’s Special Rapporteur on Child Protection, said the system may be storing up problems for the future. “When we look back in 10 years’ time, we may well ask ourselves how we allowed the direct provision system to exist,” he said.

“The debate sparked by the Tuam mother-and-baby home should prompt us to reflect on the manner in which all children are treated in Ireland, not merely citizen children.”

Much concern over children’s safety and welfare relates to the use of shared accommodation for adults and children.

Tanya Ward of the Children’s Rights Alliance – an umbrella group of more than 100 organisations – said serious child protection risks existed for families who are “forced to live in close proximity with other adults who have access to their children”.

In a statement, the Reception and Integration Agency – the State agency which manages the system – said the Government afforded the “highest priority” to children’s safety.

It said it had a specific child and family service which managed and monitored all matters relating to young people in direct provision. However, it stressed that parents in these centres “have the primary responsibility for the care and welfare of their children who reside with them”.

Young asylum seekers interviewed as part of the series said the system often makes them feel socially excluded and marginalised. Natasha (12), said: “You don’t have the normal life of a 12-year-old. When I look back on my life, I’m going to know that I didn’t do the things I wanted to do. . . its like being stuck in a cage,” she said. Yolanda (18), who is due to receive her Leaving Cert results next week, said the fact that asylum seekers cannot access free third level education is a major barrier. “Our parents can’t afford that because they only get €19.10 a week . . . Its really unfair on students who have studied very hard,” she said.

Minahil (12), added: “The system makes our parents think they’re low and that its their fault we live like this.”