Under siege: Ireland’s Muslims speak out against violence and misrepresentation

‘My home is Ireland, and I am never leaving my home.’ 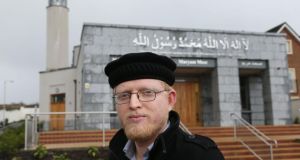 He felt shock at the slaughter of cartoonists. And disbelief at the killings which followed at the kosher supermarket. But he also had a familiar sinking feeling.

Once again, the wider Muslim community in Ireland would face stinging criticism because of the actions of a handful of extremists.

“Social media exploded with tweets and posts saying that all Muslims should go back home,” says Daud, who is originally from Pakistan and has been living here for about eight years.

As a trainee journalist, Daud supports freedom of expression. But as a Muslim, he feels there are boundaries around religion that should be respected.

“I don’t like the cartoons. I find them offensive. But in Islam, killing one human being is like killing the whole of humanity. There is no defence for murder.

“The irony of all this is that those who attacked Charlie Hebdo wanted to stop the publication. It’s done the opposite. Instead, its print run has gone from 60,000 to five million.”

They are views, he says, that are common across the vast majority of Ireland’s diverse and multi-ethnic Muslim population.

It prompted him to set up a blog last week, The Voice of Irish Muslims, to represent what he says is the true face of Islam in this country.

Lazy assumptions or stereotyping, he says, often shape a very different public perception of the faith and its followers.

“It is not my fault that a small minority of clerics or political forces have used the name of my religion for different purposes.”

It’s a sentiment shared widely in the cafes, barber shops and halal supermarkets on Clanbrassil Street, the South Circular Road and Dolphin’s Barn, which form the unofficial capital of Dublin’s Muslim population.

The response from most is nuanced: few defend the publication of insulting cartoons, but there is widespread condemnation of the killings.

“No one can condone the attacks, it’s was wrong. It goes against everything that Muhammad stood for – everything we believe in,” says Ahmed, a young Algerian, leaving a barber shop.

“They were not representing Islam,” says Ali, also from Pakistan. “There is nothing in the Qu’ran which allows for this.”

The only equivocation comes from two friends, who decline to give their names.

One suggests the killings were a conspiracy to provoke repressive actions against Muslims. His friend says staff behind Charlie Hebdo were responsible for the attack by provoking radicals in the first place: “They had it coming.”

The issue of extremism among Irish Muslims is a subject many in leadership circles are reluctant to admit.

Most religious leaders insist that radicalism is not a significant issue here and say few of the sects linked to violence – such as the Wahhabi movement – have any meaningful presence here.

They are quick, too, to denounce the views of radical clerics such as London-based Islamist Anjem Choudary, who has suggested that US military use of Shannon Airport could make Ireland a “legitimate target” for extremists.

Unlike France, where the majority of Muslims come from impoverished former colonies such as Algeria, Ireland’s Muslims are less tied to historical baggage. Most came here for educational or professional reasons and decided to stay.

But there is evidence of extremism. A US government cable released by WikiLeaks in 2011 described one mosque in Dublin’s Blackpitts area as a “suspected gathering place for some radical elements within the Pakistani community”.

Sheikh Ismail Kotwal, the mosque’s imam at the time, said the reports were inaccurate and added that he never expressed support for Osama bin Laden.

“Many of us feel under siege from extremists,” says Farghal Radwan, a consultant anaesthetist based in Cork, who helped establish the city’s Islamic Cultural Association.

“They get a lot of media attention, so it’s not a surprise that some people assume there are jihadists here. I’ve never seen any evidence for that.”

“I would urge all the imams in Ireland to unite against extremism and send a clear message to people like Anjem Choudary: ‘You don’t speak for us or represent us or Islam’,” he says.

Despite a swift condemnation of the Paris killings, the response of some religious leaders to the issue of press freedom has ignited debate here.

Dr Ali Selim of the Islamic Cultural Centre sparked controversy by suggesting that legal action could be taken against Irish publications that republish controversial cartoons.

Several imams interviewed by The Irish Times this week were quick to distance themselves from what they regarded as a needlessly provocative position, arguing that ignoring the cartoons was the most effective approach.

“Personally, I would just ignore any cartoons,” says Shaykh Dr Umar al-Qadri, the imam at the al-Mustafa Islamic Educational and Cultural Centre. “People said terrible things about the prophet and he ignored it. In taking a legal action, it would only serve to attract even more attention.”

In the meantime, for many ordinary Muslims, the explaining continues. Daniyal Daud says he feels it is his duty to educate as many people as possible about what Islam really stands for.

As an Ahmadi Muslim, he says he was not able to freely practise his faith at home in Pakistan, where many members of the faith face oppression on the basis that they are not seen as authentic Muslims.

“I don’t want this to happen here and will not let that mindset flourish which has affected the Muslim population, whether it is in Europe or in the Middle East.

“My religion teaches me to be loyal to the country where I am living. So my home is Ireland and I am never leaving my home.”