Elderly, in prison, ill, ‘out of sight out of mind’ 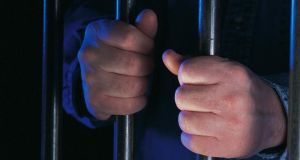 The state visit to the UK by the President of Ireland, Michael D Higgins, has been hailed by many commentators as the placing of the final piece in the jigsaw of the ongoing development of good relations between Britain and Ireland.

The timing was right as Cardinal Brady observed last week, “the historic events taking place in London are also the result of a long process of respectful dialogue and patience”.

The flying of the Tricolour in Windsor and toasting the health of Queen Elizabeth by Deputy First Minister Martin McGuinness at the banquet were as symbolic as the gestures of the queen during her visit to Ireland in 2011.

There can be little doubt the relationship between the two islands is now much healthier than at any time since Irish independence. Undoubtedly, it will lead to a strengthening of economic, cultural and political ties in the future.

All this is to be welcomed, but such gestures, while rich in symbolism, should not obscure hidden realities. There remain significant challenges. The situation in Northern Ireland will continue to dominate the political landscape for some time and the work of healing and reconciliation will probably take generations.


Outreach service
Then there are the problems here which the Irish Chaplaincy in Britain deals with on a daily basis, problems relating to those who live on the margins of society. Since it was set up by the Irish bishops in 1957, the chaplaincy has been providing an outreach service to Irish people living in England and Wales.

Over the years, the nature of that service has changed, reflecting the diversity of issues faced by Irish people living here. Today, while still dealing with problems presented by new Irish emigrants, the chaplaincy continues to operate its three key outreach services for prisoners, Travellers and elderly Irish people.

With almost 1,000 in custody in the English and Welsh prison system, Irish prisoners constitute the second-largest ethnic group after Polish prisoners. Close to 40 per cent of Irish prisoners come from a Traveller background and many have mental health and literacy problems.

Travellers have a difficult time in prison, being routinely discriminated against in terms of prison jobs, and are often the victims of verbal abuse. Many have learning difficulties and find it hard to cope with a system which runs on paper.

Also, because of their outdoor lifestyle, many don’t cope well with being confined in a small cell for up to 23 hours a day.

The Irish Bishops Council for Prisoners Overseas visits them and provides advice and advocacy support on issues such as repatriation, discrimination and ill-treatment.

Another group of people at the margins of society are the elderly Irish. Many of them came to live here in the 1940s and 1950s and, for a variety of reasons, find themselves isolated and in poor physical and mental health, often living in substandard housing and unable to access their benefits.


Coalface challenges
Our chaplaincy staff and volunteers assist 200 people in the London area facing such challenges. This involves visits, helping them to access benefits, supporting attempts to reconnect with family back in Ireland and, if requested, even arranging for their final wish to be buried at home.

This is the reality faced by some of our people. It presents us with another vision of the Irish in Britain, where lives are often lived in quiet desperation.

These lives are not “stories” in a news-media sense because they remain out of sight and out of mind.


Beacon of hope
The chaplaincy is a beacon of hope for them, ensuring that as well as their material needs, their cultural and spiritual needs are also met.

Last week’s historic visit was greatly appreciated, not least by those Irish people who live here. The organisers on the Irish side, especially the Department of Foreign Affairs, deserve great credit.

Hopefully the visit will encourage those working at the margins of society to strive to ensure that the benefits of this maturing relationship between Britain and Ireland are experienced by everyone.


Fr Gerry McFlynn, a priest of Down and Connor diocese, is project manager with the Irish Chaplaincy in Britain.
email: gerry.mcflynn@
irishchaplaincy.org.uk