One in Four appeals for donations for counselling services 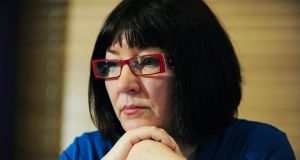 One in Four, the agency which helps people who suffered sexual abuse as children, has appealed for donations. For the past eight weeks the agency has been forced to turn abuse survivors away through lack of funds.

In 2014 it had to turn away survivors for a period of four months. Executive director Maeve Lewis said: “We absolutely hate having to do this. When a survivor of sexual abuse plucks up the courage to pick up the phone and reach out for help, it should be available to them immediately. Often it is the first time they have disclosed to anybody, even close relatives, that they were abused.

“Sometimes it is a crisis in their lives that prompts them to contact us. For other people, the burden of carrying the trauma of sexual abuse has become too much and they are considering taking their own lives.

“We know of at least three people on our waiting list who have died over the past four years because we were unable to meet them when they phoned. We will never know if we had been able to offer them an appointment when they called if their lives might have been saved.”

Ms Lewis said that “if we just keep adding names to the list, people could be waiting up to two years for an appointment. That is in nobody’s interest. The bottom line is that the demand for our services is greater than our capacity to provide timely counselling to everybody who needs it”.

She said that the agency received “almost no Government funding for counselling, and are dependent on donations and fundraising. We simply cannot afford to employ the number of counsellors we need”.

What statutory funding the agency received was for its advocacy service.

Ms Lewis said that “sexual abuse in childhood is devastating, and its effects are felt throughout a person’s life”.

It was “absolutely unacceptable that so many people are denied the chance to transform their lives because we are unable to meet them when they need us”, she said.

Anyone who may be able to assist the agency may do so through its website.