‘Irish Schindler’ to be honoured in Cork 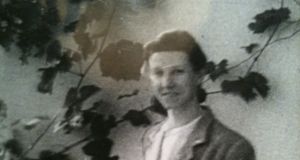 Mary Elmes, who died in 2002, risked her life to save Jewish children from the Nazis during the second World War.

She will be presented posthumously with the Trish Murphy Award at the Network Ireland Business Woman of the Year awards in Cork on September 30th.

Her nephew Mark Elmes will accept the award on behalf of the Elmes family.

The Trish Murphy Award is presented annually to someone who has made an outstanding contribution in their field or community.

Born in 1908 at Winthrop Street in Cork, where her parents had a pharmacy, Mary Elmes studied French and Spanish at Trinity College Dublin and at the London School of Economics, before going to Spain in the 1930s during the civil war there, where she worked in children’s hospitals.

During the Holocaust, she helped save the lives of Jewish children at the Rivesaltes in the Pyrénées, which became a holding centre for Jews destined for concentration camps.

Among those she assisted to escape were Ronald and Michael Friend, then aged two and five.

In January 1943, she was arrested on suspicion of helping Jews escape and spent six months in a jail near Paris.

On her release, she returned to helping Jewish people escape the Holocaust.

On her declaration in 2013 as “Righteous Among the Nations” by Yad Vashem, the official Holocaust memorial in Jerusalem, Ronald Friend, then professor emeritus of psychology at Stony Brook, New York, said it was “a long overdue recognition of Mary Elmes’s courageous and selfless actions in rescuing me and many other children when convoys were regularly departing to the death camps”.

Mary Elmes was described as “an Irish Schindler” by director Mary Moynihan, of the Smashing Times theatre group.

Her story featured in The Woman is Present: Women’s Stories of WWII series of performances, which was presented by the group at the Samuel Beckett Theatre in Trinity College Dublin earlier this month.

“She was arrested and incarcerated. She was held for a certain amount of time and then let go.

“She never looked for any recognition for what she did, but apparently she saved dozens, if not hundreds, of lives,” Ms Moynihan said.

A documentary on Mary Elmes’s life is to be broadcast on TG4 later this autumn.