Fr Iggy O’Donovan to be awarded Freedom of Drogheda 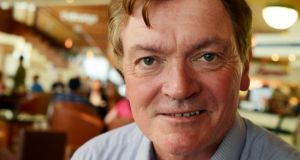 Augustinian priest Fr Iggy O’Donovan is to be awarded the Freedom of Drogheda at a special ceremony tomorrow.

He may be the last person to receive the award as Drogheda Borough Council is to be abolished under the Local Government Act.

The award to Fr O’Donovan follows a unanimous decision by the council on October 7th and is in recognition of the work he did during his 12 years in the town, particularly with local voluntary groups .

Last night, he described the award as an “enormous” honour. “The last one to get it was Pope John Paul II and he is to be canonised. But seriously, I am very moved by it.”

Last month, Fr O’Donovan transferred to the Augustinian community in Limerick following an emotional farewell Mass in Drogheda, attended by over 1,500 people.

His leaving was in the midst of controversy over his Baptism of a child which, it was claimed, was not in accordance with church rites.

Speaking last month, Fr O’Donovan said: What I want to know is why was the Baptism deemed invalid and on what grounds? I feel that my ministry was undermined.”

Gabriel Scally not asked to step down from CervicalCheck role by Donnelly 13:54
Nphet says normal life ‘some way off’ and vaccination unlikely to fully halt Covid-19 13:46
Health staff will not be offered choice of Covid-19 vaccine – HSE 13:43
Covid-19: Catholic bishops call on all to support vaccination programme 13:14
Family of woman who died from cervical cancer settles case 12:52