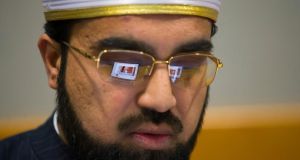 A Dublin Muslim leader has condemned the killing and persecution of Christians as contrary to the explicit teachings of Muhammad.

Shaykh Umar Al-Qadri, imam of the Al-Mustafa Islamic Centre in Blanchardstown, said “those who persecute Christians are ignorant about the teachings of Islam”.

He drew attention to the Charter of Privileges granted by Muhammad in AD 628 to the monks of St Catherine’s monastery in Sinai, which he [Muhammad] described as “a covenant to those who adopt Christianity, near and far”.

It calls on his followers to “defend them, because Christians are my citizens; and by Allah! I hold out against anything that displeases them. No compulsion is to be on them.”

“Should anyone take any of these, he would spoil God’s covenant and disobey His Prophet. Verily, they are my allies and have my secure charter against all that they hate. No one is to force them to travel or to oblige them to fight. The Muslims are to fight for them.”

It says “their churches are to be respected. They are neither to be prevented from repairing them nor the sacredness of their covenants. No one of the nation [Muslims] is to disobey the covenant till the Last Day.”

Shaykh Al-Qadri pointed out that this charter had been faithfully applied by Muslims throughout the centuries but that recently the “rise of radical interpretation of Islam has led to persecution of Christians”.

This “can only be stopped by spreading the true teachings of Islam and eliminating the ignorance that is common among Muslims,” he said.

He also said it was important that interfaith meetings took place between followers of Islam and Christianity.

Two such interfaith meetings took place in Dublin in March – a Three Faith Forum (Judaism, Christianity and Islam) on global conflict and religion at the Mansion House, and an unprecedented gathering of senior figures from major faiths in Ireland at the Terenure Synagogue Hall.