Church of Ireland to end investments in fossil fuel companies

‘Divestment from all fossil fuels is the right thing to do’ 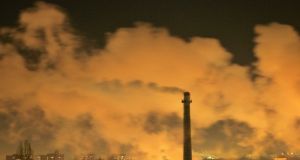 The Church of Ireland has made a significant advance to end its investments in all fossil fuels at its General Synod in Armagh.

It voted to exclude fully companies with a turnover of greater than 10 per cent from fossil fuel production, by 2022.

As part of its ethical stance in climate change the church has made a major shift in its investments over the past seven years from fossil fuels towards renewable energy and forestry. In 2011, its investment funds exposure to fossil fuels was at 10 per cent and by this year it is down to 2.5 per cent.

Church of Ireland’s investments are managed by its Representative Church Bod, which was established in 1870 as the charitable trustee of the church.

Synod member Stephen Trew said, “Ethical investors around the world, and now the Church of Ireland, have looked at the ethics and the risks and concluded that divestment from all fossil fuels is the right thing to do.”

He said that Ireland was now a leading light in the divestment movement with leading universities in the Republic of Ireland and Northern Ireland, Trinity College Dublin and Queen’s University Belfast, committed to divestment from all fossil fuels within the past 18 months.

A Fossil Fuel Divestment Bill is currently working its way through the Dáil.