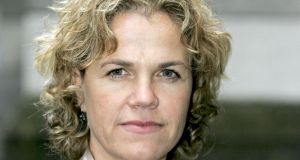 Immigrant Council of Ireland chief executive Denise Charlton said it was the second successive year in which there had been a substantial rise in incidents reported.

The number of racist incidents reported to the Immigrant Council of Ireland has more than doubled this year.

Latest figures released by the council show 217 incidents were reported since January, compared to 144 for 2013.

The council expressed “grave concern” that 10 per cent of incidents involved physical violence.

The majority of the perpetrators were Irish at 76 per cent, while verbal abuse remained the most common form of racism at 38 per cent.

Victims with an African background reported the highest number of racist incidents.

ICI chief executive Denise Charlton said it was the second successive year in which there had been a substantial rise in incidents reported.

“It is unacceptable that people are facing discrimination and abuse in their place of work, while at home they must lie awake in bed at night fearing a brick through the window,” she said.

“The fact that racism exists in Ireland has now been established beyond any doubt, it is time now to look at how the Government, gardaí and all public bodies respond to incidents,” she said.