Queries about housing rights to advice group Flac up 82% 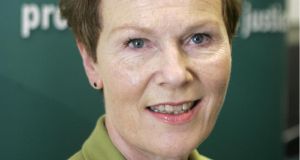 Queries about housing rights to the Free Legal Advice Centres (Flac) increased by 82 per cent last year compared with 2013, according to the organisation’s annual report.

This increase, the sharpest on any legal issue dealt with by Flac, followed an 83 per cent increase in calls on housing between 2012 and 2013 and the organisation says it reflects “a real need for detailed legal information on the topic” to be made more widely available.

Publishing its 2014 report this morning, Flac also calls for “binding laws” to replace codes of conduct for banks in their dealings with people in serious debt, to protect them from “exploitation”.

The organisation is also concerned that reforms announced in May to better protect people in mortgage arrears may still not ensure them access to the legal advice and representation they need to “reach a fair resolution”.

Last year was Flac’s busiest since it was founded in 1969, with calls to its information line up more than 10 per cent on 2013.

Noeline Blackwell, director of Flac, said the information line was something of a “social thermometer for issues affecting people in Ireland”.

Flac operates 81 locally based free legal advice centres throughout the State run by volunteer lawyers in conjunction with Citizen’s Information Centres. Its vision is to promote a society where “everyone can access fair and accountable mechanisms to vindicate their rights”.

Family law was the most common area of law discussed on Flac’s information line in its centres. Some 34 per cent of those who came to centres last year had issues in this area, while 21 per cent (3,215) of callers to the information line had.

Almost half the family law queries in centres, and one third of those via phone were regarding divorce or separation. Custody, access or guardianship was the second most common query, followed by maintenance and the family home.

Housing queries accounted for just over 14 per cent on the phones and six per cent in the centres. Landlord-tenant issues were the most prevalent, accounting for about two-thirds, followed by rent issues, issues with local authorities and issues with management companies.

About one in 10 queries were about debt, with approximately half from people in mortgage arrears.

Senior policy analyst with Flac Paul Joyce said that while reforms announced in May to allow courts review unreasonable refusals by banks of insolvency arrangements were welcome, they needed to enacted quickly.

He added: “Flac remains concerned that despite these reforms, many over-indebted people will still not be able to access the advice and support they need to reach a fair resolution, be that a personal insolvency practitioner or lawyer, due to lack of resources.

He also said the reliance on codes of conduct on banks and creditors in their dealings with people in debt, as opposed to binding laws, left “many people at risk of exploitation”.