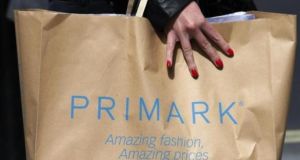 Police will be on hand to steer the thousands of shoppers expected to converge on the 5,000 sq m store on Alexanderplatz, operated by the Irish retailer Penneys.

The fashion chain, known in Ireland as Penneys and owned by Associated British Foods, already operates 11 stores in Germany and has 257 outlets across Europe. Germany’s Campaign for Clean Clothes will have an information stand and distribute flyers to crowds on how they say cheap fashion shifts the true cost to the employees who make the clothes in low-wage economies.

“Primark only acts under public pressure, whether it is to join the ethical trade initiative or to pay into the Bangladesh compensation fund,” said Berndt Hinzmann of the Campaign for Clean Clothes. “If Primark improved its ethical and environmental standards of its own accord it could become a beacon in the fashion trade — a Fairmark — but doing so would contradict the core of its fast fashion business.”

The UK campaign group War on Want has been a consistent critic of Primark’s business practices. After a slow start, it says, the retailer’s record is improving. It says the April 2013 collapse of a Bangladesh textile factory, killing more than 1,100 workers, was a watershed. Primark was one of the first to pay compensation and sign up to a new Bangladesh safety accord.

The new store, in one of Berlin’s business plazas, has been the talk of the city for weeks. Newspapers and radio stations have reported extensively on the retailer’s success - and business practices - ahead of tomorrow morning’s ritualised rush of “Primania”.

“We’re living in a consumer society that trains us to think about price ... and when companies open stores this discount mentality comes to the fore,” said Dr Kai-Uwe Hellmann, a Berlin consumer sociologist to the Berliner Zeitung daily. “If Primark opened and nobody screamed, took a selfie or made a video, that would be irrational.”