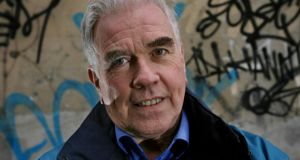 The Department of Social Protection’s claim that raising rent allowance rates could worsen rental inflation was spurious and disingenuous, he said.

The Government last week announced it would not be raising ceilings on rent supplement payments, on foot of the department’s review. The reason for the decision, Fr McVerry said, was that to allow rent supplement tenants to compete in the private market would take a 17 per cent increase in the payment, which would cost €85 million.

“The real reason is that they don’t want to pay out the €85 million because it will go on to the Government’s balance sheet. In order to bring the economy in under budget homeless people are going to be collateral damage.”

The Government’s promise to introduce legislation to prevent landlords discriminating against people on rent supplement was a “red herring” and “a total waste of time”, he said.

“The refusal to increase the rent allowance means that that sector is shut off to homeless people and to others who are dependent on the rent supplement.”

However, he said he did not believe the Government would retain the current rent supplement limits and would increase them within the next year.

Fr McVerry was speaking at a the Right2Housing conference in Dublin organised by People Before Profit.

Party TD Richard Boyd Barrett said a campaign along the lines of the Right2Water campaign was needed to “put thousands of people on the streets to demand housing, rent controls and an end to evictions”.