One in four affected by other people’s problem drinking

HSE launches report on extent of harm caused by alcohol 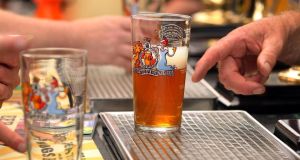 One in four Irish people have experienced problems because of someone else’s drinking, according to a new report on the extent of harm caused in society by alcohol.

One in four Irish people have experienced problems because of someone else’s drinking, according to a new report on the extent of harm caused in society by alcohol.

Alcohol’s Harm to Others in Ireland was published by the HSE today. It examined alcohol harm to people other than the drinker in three Irish settings – the general population, the workplace and children and families.

The report confirmed there is very significant harm associated with alcohol, extending far beyond that experienced by the person drinking, in each of these settings.

At work, one in ten people reported having to work extra hours or had experienced accidents or close calls due to a co-worker’s problematic drinking.

Men and workers in the youngest age group were the most likely to experience the negative consequences due to co-workers who were heavy drinkers.

The overall rate of reported harms in the Irish workforce was double that in comparison to the Australian findings for each of the measures used.

One in ten parents or guardians reported that children experienced at least one negative consequence as a result of someone else’s drinking in the past year. These included verbal abuse, being left in unsafe situations, witnessing serious violence in the home and physical abuse.

Parents who themselves were regular risky drinkers were more likely to report that children experienced at least one of these harms due to others drinking, after controlling for demographics.

Dr. Stephanie O’Keeffe, National Director for Health and Wellbeing with the HSE said the report had been commissioned in response to a growing recognition of alcohol related harm.

“Significant public health and safety concerns are raised by the harm caused to other individuals and to wider society – where we see that a quarter of the population has experienced harm due to another’s drinking,” she said.

The full report can be found here.