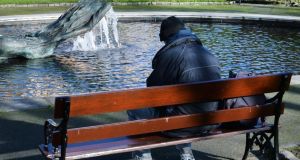 at its highest since current record-keeping began in 2010, the latest figures show.

The numbers have surpassed 3,000 for the first time, with 3,095 adults in emergency accommodation in the period between April and June this year. This compares with 2,987 adults in the first three months of the year.

The performance report on homeless services in the capital for the second quarter, just published by the Dublin Region Homeless Executive, shows a deterioration in the situation.

The report shows there is more visible rough sleeping and more people are remaining homeless for longer than six months, while the pressure to find hotel accommodation for families means this cohort is becoming increasingly scattered, hampering outreach staff in their work.

On the night of June 30th there were 1,975 adults in emergency accommodation accompanied by more than 1,100 children – a 40 per cent increase on the number of adults when compared with the same night in June 2014, when there were 1,414 adults and about 560 children.

The Dublin Region Homeless Executive has access to about 140 units of supported accommodation for families, which are full constantly, “while the number of families being accommodated in hotels has jumped from 149 in June 2014, to 388 in June 2015 – a 160 per cent increase”.

Some 73 per cent of families are accommodated in hotels. There are 230 single-night emergency beds in the capital, which are operating almost at capacity. An average of two a night are not taken, due mainly to no-shows.

Some 298 of the total accessed emergency beds – 66 per cent. This is a decrease on the previous two quarters. Seventy-seven per cent of rough sleepers got emergency beds in January to March 2015, and 84 per cent did between October and December 2014. “The result has been an increase in rough sleeping in the region,” says the report.

An estimated 100 individuals slept rough every night towards the end of the quarter.

The number of individuals in emergency accommodation for more than six months was 1,053 in this quarter – a 36 per cent increase on the same period last year, when there were 774 considered long-term homeless. The rate of long-term homelessness remains constant at 53 per cent.

Some 243 adults moved into independent tenancies during the quarter, 186 into social housing and 57 into the private-rented sector.