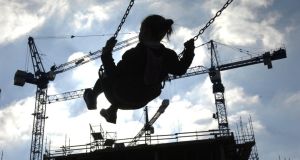 At least 200 social work posts are vacant despite significant increases in the number of reports of children at risk of abuse or neglect, new figures show.

Some 40,000 referrals were made to child protection teams in each of the last two years – up nearly a quarter on 2011 figures – placing strain on services already under pressure.

The new Child and Family Agency, to be launched by the Taoiseach today, has pledged to tackle staffing gaps through a range of new measures. These include plans for a graduate placement scheme that could see many vacancies filled by students who have completed social work courses. Year-long placements would be open to third-level graduates from the main social work courses at a salary of about €31,000.

Trade unions
But these proposals will require agreement from trade unions.

The Ryan report, published five years ago, recommended the recruitment of 270 additional social workers. While these staff were hired, a combination of unfilled vacancies and gaps linked to maternity leave means there are fewer social workers employed than when the report was issued.

fing is at 93 per cent of recommended levels – or 84 per cent if maternity leave is included, the equivalent of more than 200 vacancies, latest figures from the agency show.