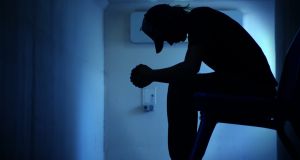 Gay people who have experienced sexual violence take up to twice as long to report it and face added difficulties in reaching out for support, a new report suggests.

Gay people who have experienced sexual violence take up to twice as long to report it and face added difficulties in reaching out for support, a new report suggests.

Some 88 lesbian, gay or bisexual (LGB) people attended 15 rape crisis centres in 2013 – 4 per cent of the total number who attended.

The report finds these survivors disclosed higher levels of multiple incidents of sexual violence than heterosexual survivors (26 per cent, compared to 15 per cent).

Gay or bisexual males disclosed almost twice the levels of rape that heterosexual males did, at 63 per cent compared to 34 per cent.

The report said all lesbian or bisexual people who became pregnant as a result of rape terminated the pregnancy.

RCNI said transgender survivors who used the rape crisis services in 2013 were not included in the statistical analysis due to the numbers being too low to safely do so.

“Notwithstanding, this is a report informed by the transgender users of RCC services and pertinent to transgender people and all those concerned with LGBT rights.”

Referring to the findings that LGBT survivors take up to twice as long to report sexual violence and rely much more on friends and partners than on family members, the head of RCNI Clíona Saidléar said: “These two findings suggest the potential isolation and the added difficulties survivors who are also LGBT face in reaching out and seeking support.”