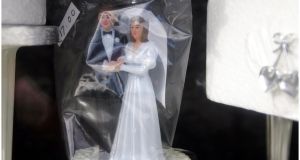 Irish citizens will vote in a referendum on divorce on May 24th. File photograph: Bryan O’Brien/The Irish Times

The Law Society of Ireland has announced its support for the Government’s proposal to remove the minimum living apart period for spouses seeking a divorce from the Constitution.

Irish citizens will vote in a referendum on May 24th in which they will be asked to accept the removal from the Constitution of the provisions on the time couples must be separated before divorcing. Voters will also be asked to allow the recognition of foreign divorces.

If the changes are accepted in the referendum, a Bill will be introduced in the Dáil and Seanad to reduce the time couples must be separated before divorcing from four years to two.

The Law Society will also make 11 recommendations for reform of divorce in Ireland when it launches a research on the subject on Thursday.

Speaking in advance of the report’s launch, its principal author Dr Geoffrey Shannon, who is a member of the Law Society’s family and child law committee, said Ireland had undergone “radical change” since divorce was introduced 20 years ago.

“Divorce has now been in operation in Ireland for over two decades. During that time Ireland has witnessed radical change that has resulted in a more secular, more modern and less traditional society.

“The council of the Law Society, having considered the report, decided to call for a yes vote in the referendum due to take place later this month.

“While each case is unique, the current requirement to live apart for a period of four years prior to the institution of divorce proceedings may now be considered too long. It may result in a duplication of legal expenses and protracted proceedings, where parties are involved in both judicial separation and divorce proceedings over time.”

“Undoubtedly the rise in the number of divorced persons also reflects an increasing acceptance of divorce within Irish society as a remedy to an irretrievably broken down marriage,” said Dr Shannon.

“The questions facing Ireland now relate to what type of legal framework and practice should underpin its law in this arena. What type of divorce law and practice do we want?”

The Law Society recommended that a specialised family court structure should be established, and that a definition of “living apart” should be developed.

It also called for a set of principles for the determination of ancillary reliefs to be developed to include all maintenance orders, lump sum payments, settlements, property adjustment orders and pension adjustment orders.

Furthermore, it said provision for “clean break” divorces should be put in place in appropriate cases, while the law “should be reviewed” to allow for the development of pre-nuptial agreements that are “valid and enforceable”.

In addition, a review of the issue of maintenance “should be prioritised”, and the Succession Act of 1965 “should be reviewed”, with particular regard to the introduction of divorce and the consideration of “clean break” scenarios.

The Law Society said a “coherent legislative system for the recognition of foreign divorces should be drafted”, and that alternative means of dispute resolution should be actively promoted and facilitated wherever possible.

Finally, it said court reporting and research rules should be amended so that any bona fide researcher with a connection to the legal profession can carry out research on family law cases.