Law labelling disabled as ‘lunatics’ to be replaced 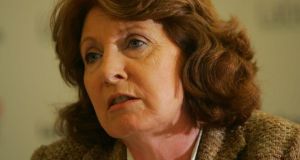 Minister of State with responsibility for disability Kathleen Lynch: “In all cases, the person’s will and preferences will have to be centre stage.” Photograph: Bryan O’Brien

A 140-year-old law that labels people with intellectual disabilities as “lunatics” is finally being replaced.

Existing legislation governing mental capacity for vulnerable adults in Ireland is based on the Regulation of Lunacy (Ireland) Act 1871. This provides for a ward-of-court system, under which the court makes all key decisions over the course of a person’s life.

The new Assisted Decision-making (Capacity) Bill will introduce a new legal framework to support vulnerable people in making decisions so they can better manage their personal welfare, property and financial affairs.

It will affect anyone with “impaired decision-making ability”, such as people with intellectual disabilities, those suffering from dementia or mental illness, and those with acquired brain injuries.

Support groups have welcomed the bill as a “landmark moment” in the process of disability law reform in Ireland.

Minister of State with responsibility for disability Kathleen Lynch said many vulnerable people would be able to use informal arrangements rather than more formal agreements. “In all cases, the person’s will and preferences will have to be centre stage,” she said.

Prof Ger Quinn of NUI Galway’s Centre for Disability Law and Policy welcomed the legislation which, he said, moved beyond traditional guardianship to enable people to take charge of their own lives.

Amnesty International Ireland – a member of the working group – said it hoped it would pave the way for the Government to ratify the UN Convention on the Rights of People with Disabilities.