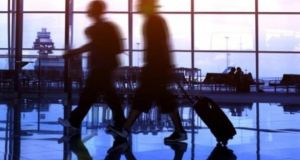 Ireland had higher net outward migration in 2012 than Greece, Spain, Portugal and Iceland.

The country has overtaken Lithuania and Kosovo to top Eurostat’s list of European countries with the highest net outward migration in 2012.

In contrast, Ireland had the highest net inward migration level in Europe at the height of the boom in 2006, at 22.2 per 1,000 people.

Luxembourg had the greatest net immigration in 2012, at 18.9 per 1,000 people, followed by Norway at 9.4, Switzerland at 8.3, Malta at 7.4 and Italy at 6.2. Liechtenstein, Sweden, Austria, Germany, Belgium, Finland, Denmark and the UK also saw more immigrants arriving than emigrants leaving in the 12-month period.

Despite high levels of emigration from Ireland, the population continued to grow in 2012, the Eurostat figures also show. Ireland had the highest birth rate and the lowest death rate in the European Union, resulting in the highest natural population growth.

The EU gained 882,200 people through migration in 2012, while the population overall rose by 1.1 million to 505.7 million. A total of 5.2 million babies were born in the 28 EU countries in the year, while five million deaths were registered.

The population increased in 17 member states, led by Luxembourg, Malta, Sweden and the UK, and fell in 11 states, including Lithuania, Latvia, Estonia, and Bulgaria.