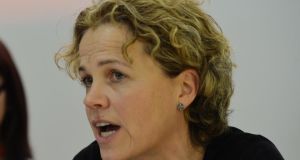 Failure to provide a modern and fair immigration service in Ireland is having a significant negative impact on immigrants and their families, according to the Immigrant Council of Ireland (ICI). The organisation claimed that the effects of Ireland’s immigration policy were felt on a daily basis, while a lack of reform in the area meant immigrants in Ireland were “living in limbo”.

The ICI’s frontline services responded to 5,126 calls for help during 2014 - including calls from people caught in the immigration system, victims of racism and women sex-trafficked into prostitution. Its anti-racism service recorded a 51 per cent increase during the 12-month period, with 217 incidents reported.

It also supported 19 victims of sex trafficking in 2014. “Our frontline services successfully secured improved protections and supports in nine cases, while the remainder are pending. Political leadership is now needed to ensure laws which will target demand for this crime are introduced in the months ahead,” the ICI said.

The ICI secured legal representation and assistance for 60 migrants and their families in 2014.

During the year most of the queries (1,423) received by the ICI concerned the process of becoming an Irish citizen. It welcomed the “marked increase in the number of citizenship applications being positively processed” and felt that “the widespread introduction of citizenship ceremonies” was “an extremely positive change in the approach of the State in celebrating new Irish citizens”.

However, the ICI noted that “problems persist in the Government’s approach to conferring citizenship”. These included an over-reliance on discretionary decision making, a lack of clarity on what constitutes “good character” as seen by the State, and the lack of an impartial third party appeals mechanism.

The ICI’s chief executive Denise Charlton said: “It has been another busy year for our frontline services, responding to the needs of migrants and Irish citizens as well as their families.

“Citizenship and family rights issues remain the basis for most queries to our helplines. It is particularly disturbing to see how a lack of clear procedures and guidelines as well as an independent appeals mechanism leaves many families vulnerable to being torn apart.”

She said key goals identified for the year ahead include working towards more streamlined and fair immigration services, including migrant access to an independent appeals mechanism similar to the Ombudsman, the introduction of sex-buyer laws to undermine the business model for pimps and traffickers, and detailed examination of hate crime legislation to establish why it is not working.

Noting that the Immigrant Council of Ireland had been working in the area for 13 years, Ms Charlton said: “It is clear as we enter 2015 that there is still a lot of work to do to meet the needs of migrants, Irish citizens and our country as a whole.”