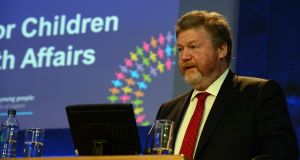 Gardaí are investigating claims concerning €500,000 in funding at five childcare centres in Co Clare which closed suddenly at the weekend.

Up to 400 families in the west of the county were told by text, late on Saturday, that the centres in Kilrush, Kilkee, Lisseycassey, Kilmihil and Kildysart would not open again.

The centres, operated by the West Clare Early Years Care and Education Services, provided State-funded and subsidised childcare. They employed 53 staff, mainly women. Opened in 2000, the limited company received funding from the Department of Children and Youth Affairs, via the not-for-profit agency Pobal which delivers services on behalf of the State. However, it went into liquidation on Saturday following a board meeting that day.

A department spokesman said last night it had been told by the company’s board in December 2014 of “apparent financial irregularities”.

The department asked Pobal to formally investigate the alleged irregularities and a draft audit report was issued in June 2015 for the company’s response.

A final report, submitted to the company in November 2015, “found significant governance issues and an amount of over-claimed childcare funding totalling approximately €500,000”, the department said in a statement, which was read to a meeting of parents and staff in Kilrush last night.

The final report was referred to the Garda Bureau of Fraud Investigation and the Office of the Director of Corporate Enforcement.

The department said it and Pobal had been working with the company to try to maintain services, despite the investigations.

Pobal met the board last week which had, said the statement, accepted the report in full.

“It was the understanding of the department and Pobal that an agreement had been reached at the meeting that the company would consider how the service might continue . . . to ensure families would continue to access a service. Pobal’s understanding from the meeting was that an action plan to secure the future of the company would be provided to them by the board within three weeks.”

It had come “as a surprise to the department and Pobal” that the company had gone into liquidation, and they had heard of this in media reports over the weekend. The department was “acutely aware” of the distress to families and staff and was working to find solutions “as a matter of urgency”.